Is DeAnna Lorraine currently running against Nancy Pelosi in California? No, that's not true: Despite claims in a meme posted in April 2020 that went viral again in June 2021, Lorraine is not currently running in any type of election against Nancy Pelosi. Lorraine did attempt a primary challenge against Pelosi in March 2020 but ended up in fifth place with 1.8% of the vote (Pelosi won with 74% and went on to win the actual House race).

The meme appeared in a Facebook post on April 6, 2020 showing a DeAnna For Congress campaign image along with the text:

This lady is running against Nancy Pelosi in Commiefornia ( California ). Fill Facebook with her face and drain the swamp.

However, filling up Facebook with her face won't have any effect on Lorraine's election chances anymore since according to BallotPedia (archived here) the primary she was competing in was held on March 3, 2020 (more than a month before the Facebook post was published) and she did not win: 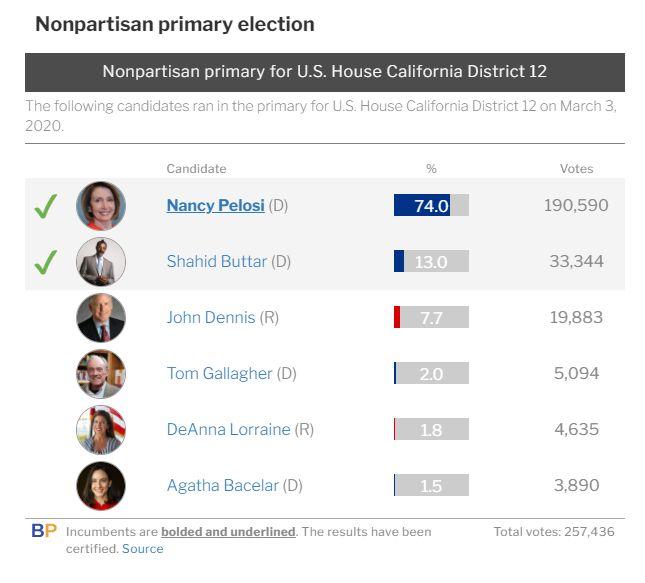 This is confirmed by her own website (archived here), where she currently describes herself as:

Ms. DeAnna Lorraine is a recent Republican, 'anti-establishment' Congressional Candidate who just completed her widely watched run against political Goliath Nancy Pelosi, the Speaker of the House, in California's 12th Congressional District (San Francisco).
Although she ultimately lost her race to a radical Socialist, her battle was hard fought and won the hearts of Americans all across the nation with her guts, refreshing honesty, and bold, unconventional campaign strategies.