Does a photo show a canal in Riverdale, Georgia? No, that's not true: The canal in the photo is actually the Sart Canal Bridge in Belgium. The same photo can be found on numerous places on the internet, including on Google Maps and Google Images. The bridge's origins can be traced back to Belgium as well.

The photo appeared in a Facebook post (archived here) on June 1, 2021, by a satirical page named Georgia Department of Memes. It read:

Riverdale, Ga.
One Of The Most Beautiful Cities In Georgia. Beautiful Scenery And Amazing Tourist Attractions. 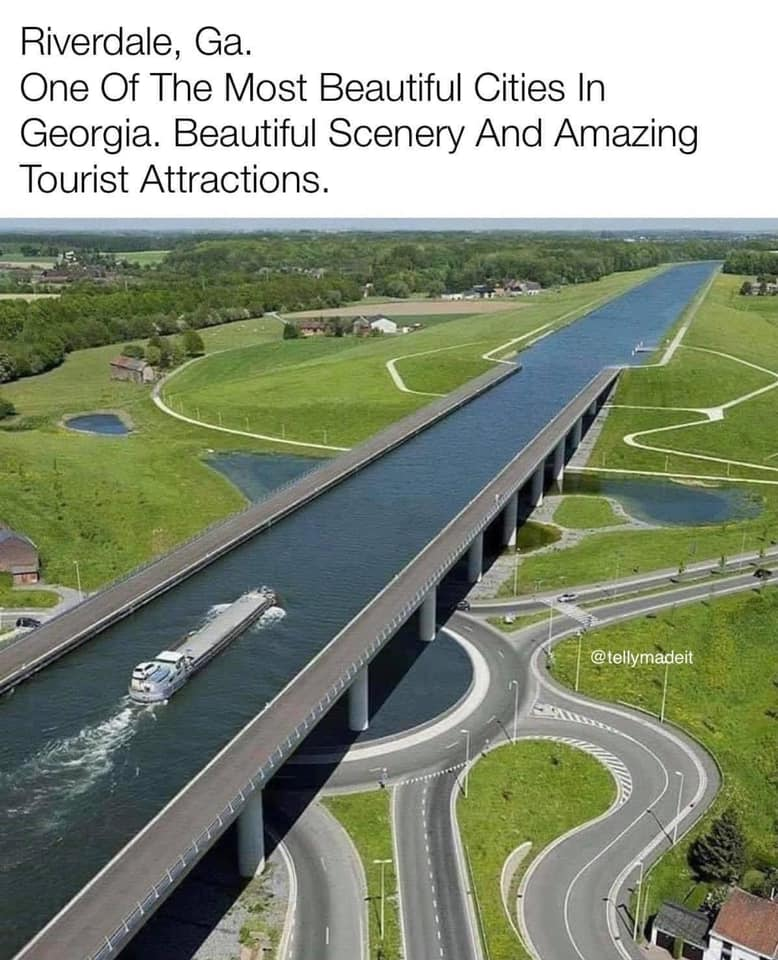 A simple search of "Sart Canal Bridge" on Google Maps shows the exact same photo, and the same search on Google Images shows the bridge from various angles.

The bridge was designed by the engineering and architectural firm Bureau Greisch and completed in spring 2001 in La Louvière, Belgium.

The Facebook page Georgia Department of Memes has a pseudo-official-looking seal along with a description mentioning that its posts are not to be taken seriously. The About Us section reads:

We're here to make you laugh or offend you (depending on what type of person you are.)