The photo originated as a Facebook post by a man from the dual-island Caribbean nation of Trinidad and Tobago. Within a day, copies of the photo were circulating with different captions. One example is this Facebook post (archived here) from July 11, 2021, with the caption, "Aight where my maple leaf homies at? I need some confirmation." The text in the image reads:

The original photo was posted to Facebook on May 28, 2021 by a man whose profile says he is from Trinidad and Tobago. The caption says:

A few weeks ago, a bredren of mine made a wild claim. Real 'out there' claim.
But... it's the internet. People say all kinds of crazy shit here.
But this was a good fella. Somebody I know since primary school. Short khaki pants and snatty nose days. And he was always a decent fella. Not really somebody to say outlandish things.
But this bredren come on Patrick Manning internet and say that a grocery in Arima was selling LOOSE PEANUTBUTTER.
I didn't believe him inno.
Weeks went by and I thought he was on shit and just being a clown.
Today he brought receipts and I hadda formally apologize Dwight Austin 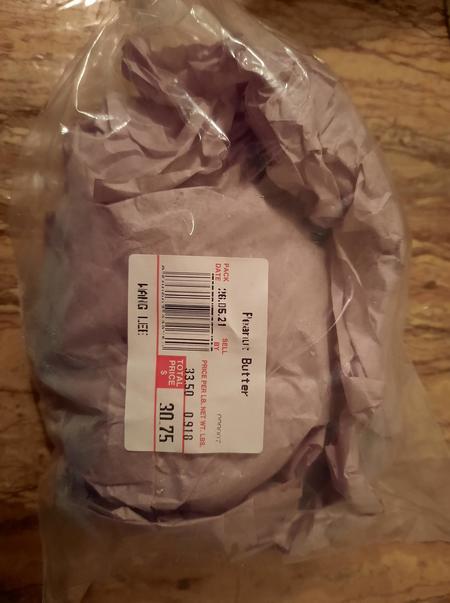 (Source: Facebook comment screenshot taken on Wed Jul 14 16:25:12 2021 UTC)
After the post went viral, St. Kitts and neighboring island Nevis -- which are their own country -- investigated potential food safety violations. The findings of the St. Kitts inspectors don't rule out that Trinidad shops could be selling loose peanut butter nor does it verify if this is against the law there. The town of Arima mentioned in the May 28, 2021, post is on the island of Trinidad.

In a statement on Saturday, the Consumer Affairs Department said: 'Our Complaints and Investigation Officers have conducted several site inspections in relation to the attached photo and wishes to alert the public that this item is not being offered for sale at any of the establishments mentioned in several Facebook posts.