Does drinking water while standing damage the body's organs? No, that's not true: Drinking water while standing does not damage the stomach or surrounding organs, a UCLA medical expert told Lead Stories. The opposite is true in many cases: Fundamental treatments for common ailments call for patients to remain standing after eating and drinking and not to eat or drink within 1-2 hours of bedtime, as lying down with a full stomach CAN lead to digestive problems.

The claim appeared as a post (archived here) where it was published on Facebook on October 26, 2021. It opened:

By drinking water while standing, the water rapidly enters the stomach through the food pipe present in the throat. It damages the surrounding organs and the stomach. Which disturbs the digestion process, which can lead to stomach disease.

This is false. A series of Lead Stories searches of the National Library of Medicine, which indexes 1 million titles, returns no matches for a number of related phrases. 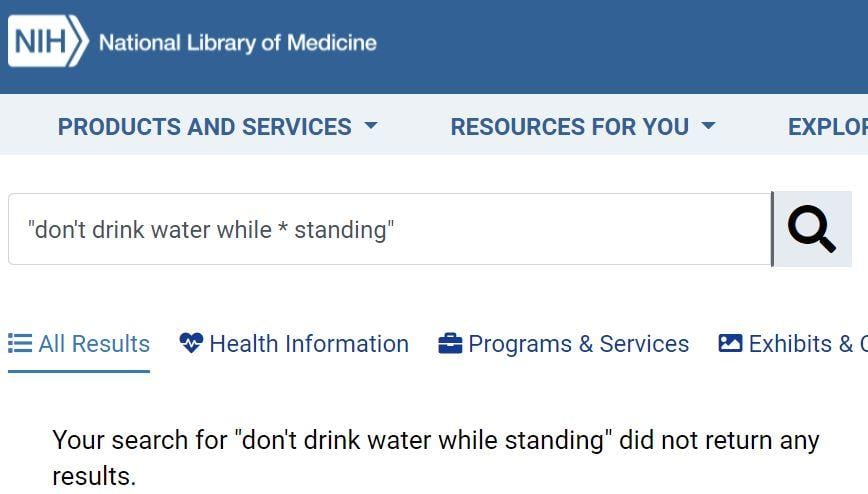 The post opened with a message above a "Healthy Tip":

Do you guys know the Hadith on this topic that stress sitting when drinking water etc.leave them in the comments below, it's amazing that even this is mentioned in our Our Deen Alhamdulliah! Do you think this is just coincidence?

One of the fundamental treatment concepts for GERD is to remain upright (standing) for 30-60 minutes after eating and drinking, and do not eat or drink within the 1-2 hours before bedtime (because lying down with a full stomach can lead to problems with digestion).