Did a German farmer build a giant table and chairs as a shelter for his horses in order to get around the local council's refusal to grant him a permit to build a standard horse shelter? No, that's not true: The owner of this land, a wood merchant, never applied for a permit for a shelter, so no permit was ever denied. Since the owners are registered as farmers they would not have needed a permit. They have installed other large wood sculptures in this pasture alongside a highway on the edge of the town of Döllstädt, Germany, including a giant bed where cows can shelter, and a timber crown of asparagus, one of the notable crops of the region.

The giant table and chairs have been featured in articles going back as far as 2002. While the early articles do not mention anything about a permit being denied, eventually that detail was added to the story as can be seen in this recent example from a meme published on Facebook on October 21, 2021. The caption in the meme reads: 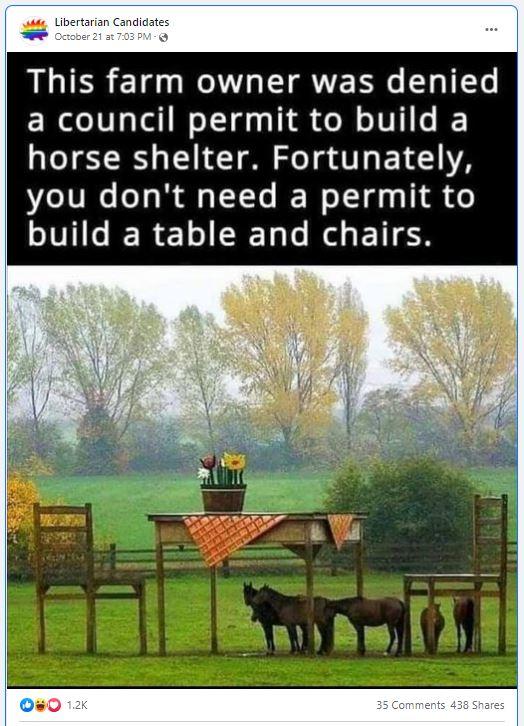 Claims about the shelter being a way to skirt a prohibition on building a shelter were debunked by Snopes in an article published on November 29, 2012. An early image of the giant table and chairs appears on apimages.com editorial photos taken on July 24, 2002. This photo appeared in spiegel.de as the photo of the day on July 24, 2002 titled, "Honey I've shrunk the horses." along with this caption (translated from German):

Did these horses run in in the rain of the past few days? Did they just get the wrong size when buying furniture? Horses are also entitled to a table and a chair. At least that was the opinion of the timber merchant Jens Braun from Döllstädt near Erfurt who built the unusual shelters for his horses.

Lead Stories writer Sarah Schmidt in Berlin, Germany, reached out to the the property owners by telephone, calling the wood store run by the family. Sylvia Braun took the call on October 25, 2021, and explained that they did build the sun shelter for their horses in the form of a table to avoid having to apply for a permit, because they figured no one could deny them a table on their horse paddock. However, since they are registered as farmers, they would not have needed a permit anyway. They were never contacted by the local authorities about the table. Braun also said this would have been different for people who do not have a farm but just want to keep horses on their private property. She is not aware of anyone else using this tactic to skirt local regulations, but said she knows of cases were people have used wheels on shelters to make them movable.

The table and chairs are so big that they are easily identified in a satelite photo on the outskirts of the town of Döllstädt alongside the main highway B176. The website of the Braun's wood store includes mention of the the large table as a landmark to help customers find them. This paddock has also once had a giant size bed which shaded the cows, and in April of 2011, a giant crown of asparagus sprouted up just in time for the the opening of the region's asparagus season. A photo of the asparagus instalation in progress was featured in thueringer-allgemeine.de.

The graphic below shows three giant sized attractions in the pasture from a satelite view- along with the views from the ground. 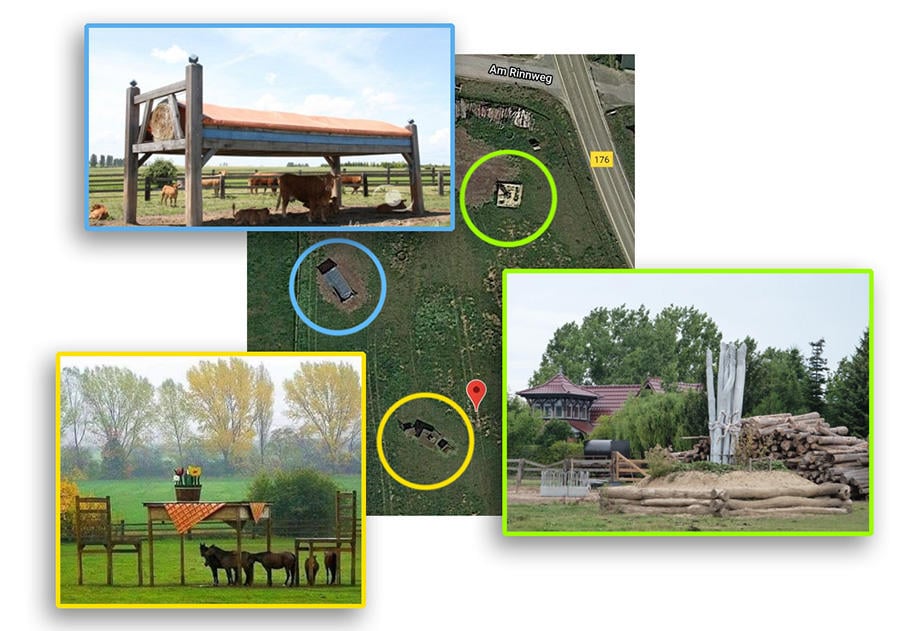 Some comments left on the original meme misidentified the giant table and chairs from Döllstädt, Germany, for another similar installation which is in the United States. This photo of the Solon, Iowa, table and chairs was posted on Facebook on June 15, 2014, with the caption: 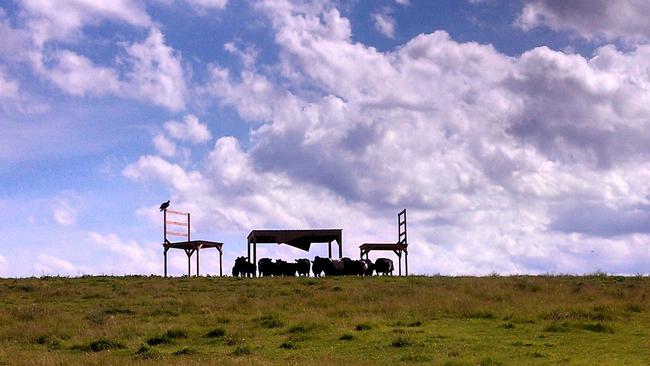