Did U.S. Secretary of Transportation Pete Buttigieg pose for a photo wearing a breastfeeding device? No, that's not true: This image seen in the top portion of this meme has been digitally altered using photo-editing tools. The actual person's face, modeled in a blog for mothers, was replaced with a professional headshot of Buttigieg.

The image appeared in a meme in this Facebook post (archived here) on October 16, 2021. Above the meme, which features two images -- Buttigieg holding an infant and wearing a breastfeeding device, and ships outside a port -- the caption opened:

Been on "maternity leave" since August.
Clown world. 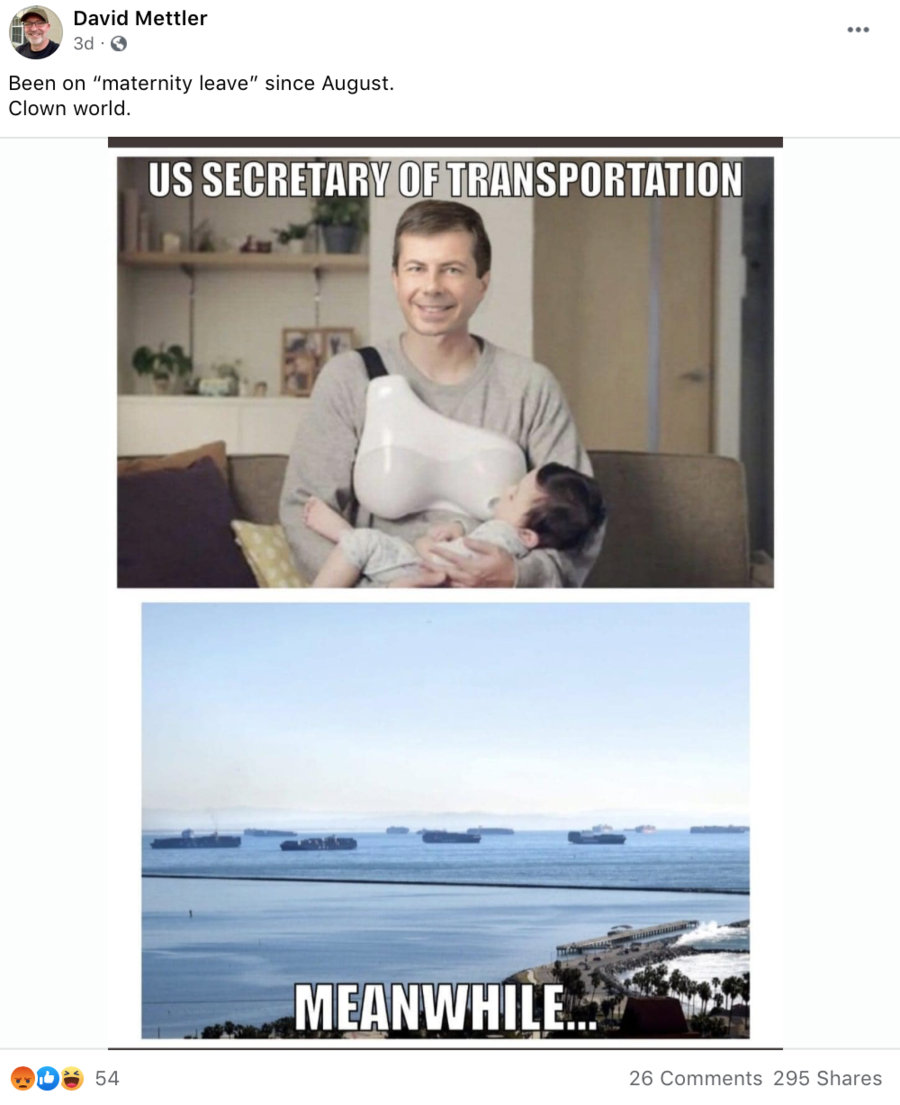 U.S. Secretary of Transportation, Pete Buttigieg, has been criticized by some about the recent supply chain crisis and his parental leave.

Lead Stories used TinEye reverse image search to identify both the original photo of Buttigieg's headshot as well as the male breastfeeding photo used to alter the image. The official portrait of Buttigieg goes back to May of 2018, when he was mayor of South Bend, Indiana.

The photo displaying a man wearing a breastfeeding device and holding a child comes from this March, 2019 article found on Motherly, an online community blog about motherhood tips. It shows a Japanese man modeling a new breastfeeding system known as the Father's Nursing Assistant, as provided by this additional TinEye search. 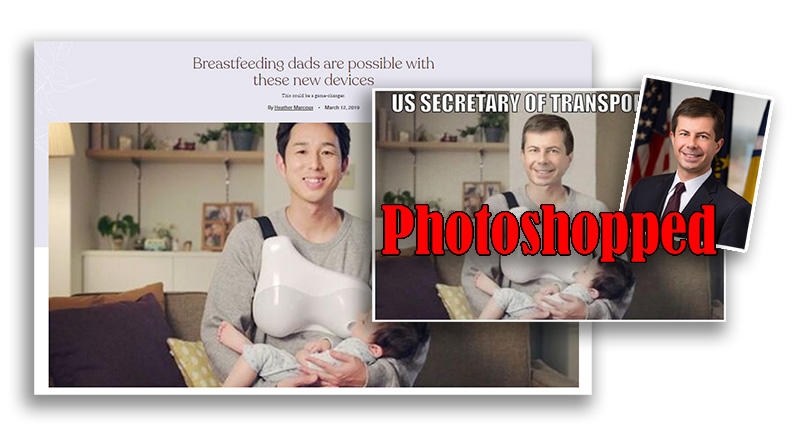 This is not the first controversial claim Lead Stories has debunked concerning Buttigieg's headshot being digitally manipulated into a separate photo. That earlier article can be found here.