Is the widower of the cinematographer killed by Alec Baldwin the Hillary Clinton attorney indicted in the Russia probe? No, that's not true: The lawyer who was indicted by the FBI for lying to investigators is a different person who works for another law firm.

Asking for a friend. 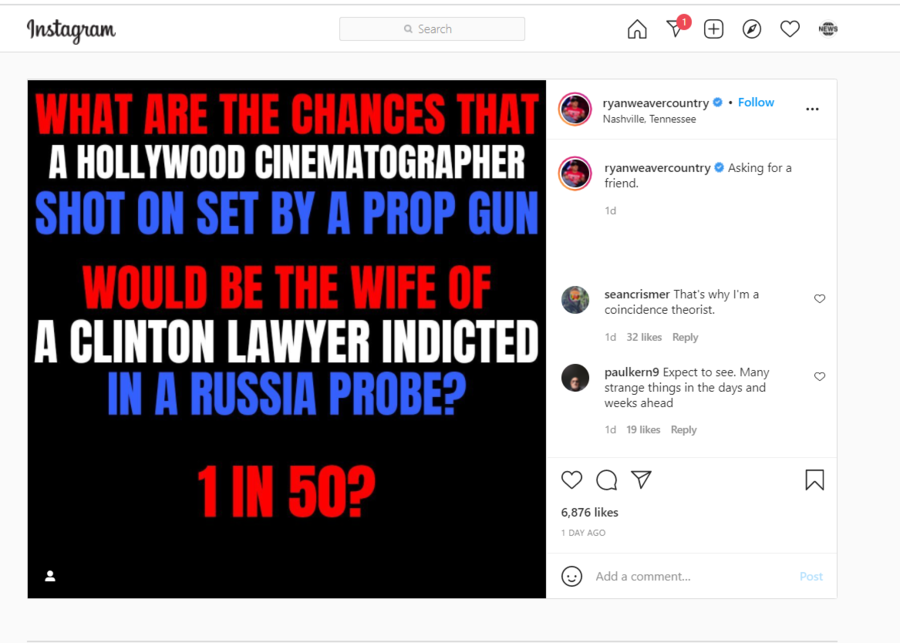 Halyna Hutchins was shot and killed on the set of the film "Rust" on October 21, 2021, when actor Alec Baldwin fired a prop gun.

Her husband of 16 years, Matthew Hutchins, is an attorney with the Los Angeles office of the law firm Latham & Watkins, according to his LinkedIn profile. He mourned her death in a post to Twitter on October 22, 2021.

Halyna inspired us all with her passion and vision, and her legacy is too meaningful to encapsulate in words. Our loss is enormous, and we ask that the media please respect my family's privacy as we process our grief. We thank everyone for sharing images and stories of her life. pic.twitter.com/LgEp4XVkja

His connection with Michael Sussmann, the attorney in the U.S. Justice Department's Russia probe is tenuous. On September 16, 2021, Sussmann was indicted for making a false statement to FBI investigators. The attorneys representing him, Sean Berkowitz and Michael Bosworth, also work at Latham & Watkins, said the firm's public relations manager, Deanna M. Kicklighter, in an October 25, 2021 email, but have no other connection with Matthew Hutchins.

Sussmann, a lawyer for Perkins Coie at the time of his indictment, has since resigned and is no longer listed on the firm's website.