Do these photos document "horrific" damage to the blood of patients who have been given the COVID-19 vaccines? No, that's not true: There's no corroborative evidence provided in the video to prove the authenticity or contents of the pictures. A fully credentialled blood expert says some of the lurid descriptions by non-medical personnel in the video don't match the photos and that the narrators betray lack of expertise when describing the images as "blood smears" and red blood cell "nuclei," a structure that does not exist in red blood cells.

The claims have circulated widely, including on the July 18, 2021, episode of the Stew Peters Show (archived here) under the title "HORRIFIC FINDINGS IN THE BLOOD OF THE VACCINATED". It opened:

Dr. Ruby is here with another bombshell report UK doctors now have indisputable proof showing exactly what these shots are doing to your blood.

This is how the video appeared at the time this fact check was written: 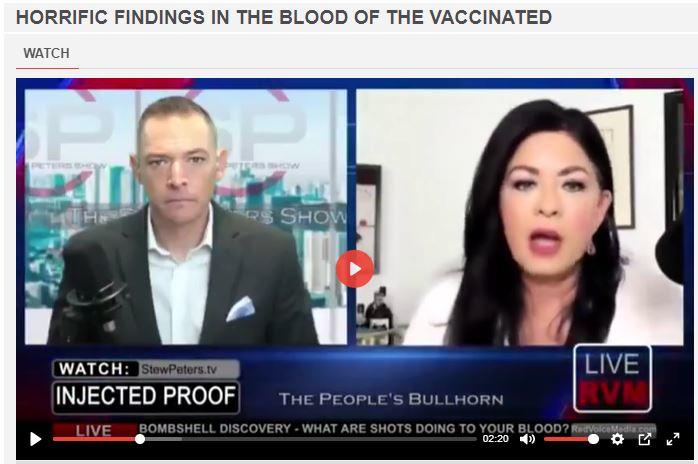 The nine-minute video features podcast host Stew Peters interviewing Jane Ruby, who identifies herself as "Dr. Jane Ruby," though she is not a board-certified medical doctor and there is no record of her holding a Ph.D.

Just after the 1:16 mark, Ruby tells Peters she is working with microscopic images collected by a British doctor. "He's taken it upon himself to take his patients -- who have come to him with complaints and illnesses from the jab that he does not recommend -- and he's taken a look at their blood under a microscope in what's called a blood smear."

The images do not depict what she describes, Prof. Dan Sabath, MD, Ph.D., wrote in a November 5, 2021, email to Lead Stories.

Well first of all, these are not blood smears like those we would make in our clinical laboratory. We usually stain our smears, which would look something like this.

Sabath, who is head of hematology in the University of Washington Medical School department of laboratory medicine and pathology, provided this image of a blood smear: 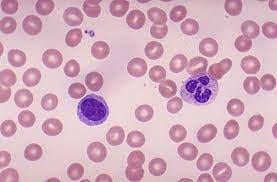 What you're seeing side by side on the right hand side of your screen is the blood of a blood smear from a person who took one of the Moderna shots... if you notice the blood cells compared to the healthy ones on the left, you see they're all crumpled. They're, they're not nice and round. Their nuclei, the middle portion, looks destroyed ... 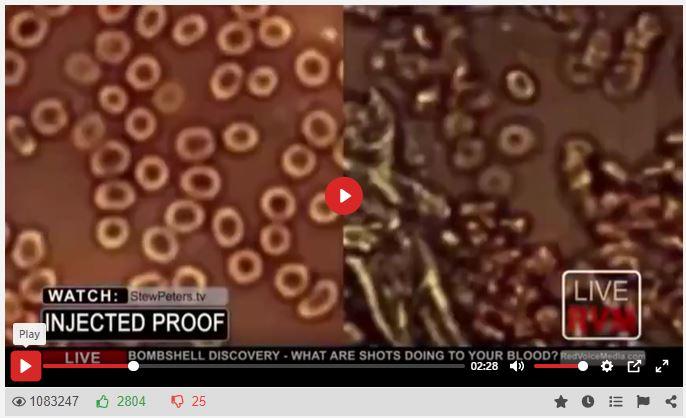 Sabath said Ruby makes an impossible claim about the image:

... the description says something about cell nuclei. It should be noted that red blood cells don't have nuclei...The only statement I would agree with is that the left-hand side of the first image looks like normal red blood cells.

Ruby continues, providing a second image that she says is documentation of "frightening" effects of COVID vaccines on human blood. Her description at 4:20 of the following image is:

The second picture you see, which is a picture alone, shows the a great amount of these blood cells that have totally aggregated, they're not normal. There's no space between them. And then you see this large cell that is filled with these white dots. We we believe this may very well be like a macrophage; some kind of a defensive white cell. And inside are these white tiny dots. 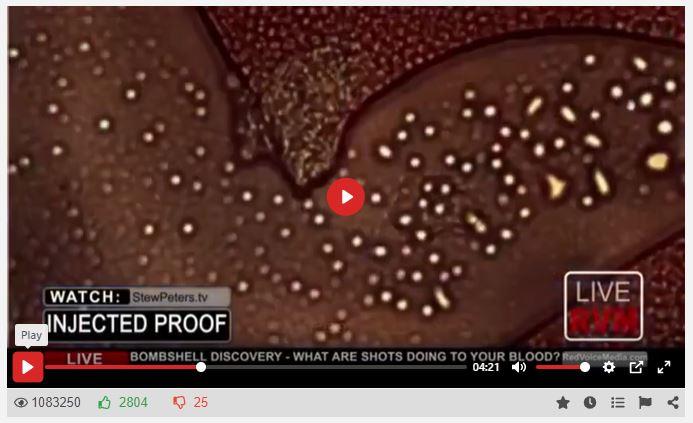 Sabath, who runs the University of Washington Medical School's fellowship program to train blood disease specialists for a full year after they graduate from medical school, said Ruby's description of the image is incorrect:

This "cell" with the white dots is not a cell as far as I can tell ... These pictures are not peripheral blood smears, there is no way to tell how they were made, and of course there is no way to tell whether or not they have anything to do with vaccination. Frankly this is just garbage and probably not worth engaging. The words this woman is saying have nothing to do with the images being shown.

Sabath said the images would not be useful in his specialty, which is the study of diseased blood. He wrote:

These people have found some random images that may contain some blood elements, but there is no evidence that they have anything to do with vaccines. I could probably find some strange looking pictures of blood and then claim that they have something to do with poisoning, but what we're being shown are low-quality images with no clear source. I just don't know how you refute what they're claiming. The only thing I can say as a hematopathologist is that we don't look at images like these in our practice--they're not from any clinical laboratory.