Can a bee sting to the penis permanently enlarge it? No, that's not true: The story was originally put out in November 2019 (archived here) by a South African satire website named Ihlaya News that previously disguised itself as news and got widely picked up by English-language websites in Africa that didn't realize the source of the story was a joke.

This version of the claim appears in a Facebook post (archived here) on December 18, 2021. Here's what it says:

Bee string to the penis can permanently enlarge your penis 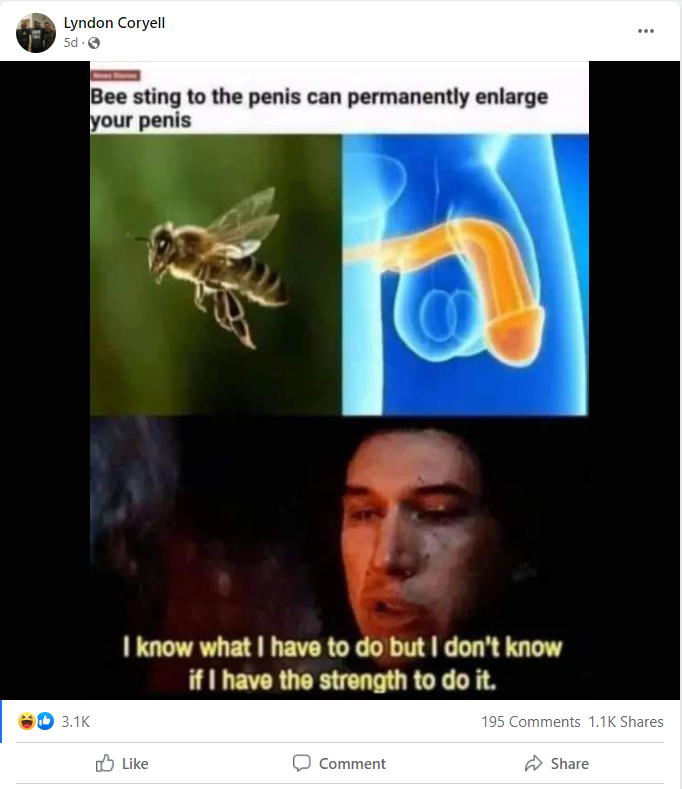 Under the title of the ihlayanews.com site, there is a disclaimer that reads "nuusparodie waarvan jy hou." In Afrikaans this means "news parody you like." And "ihlaya" means "a joke" in Zulu. The Facebook page associated with the site has a big disclaimer at the top of the page as well:

The site previously looked very much like a news website until at least November 2019 but has changed since. It used to post most stories in a category named "FEATURED NEWS" (which would appear three times above each article). That has been changed to just "featured." The name of the site used to be "ihlaya news" before it got changed to "n p a s."

However, the site still misleads many people by having a domain name with "news" in it and by not being more clear about the fictional nature of its content.

Lead Stories has written about ihlayanews.com before. Here are some earlier articles that mention the site: