Did Joe Biden promise a gas price hike when he said "We're going to ensure the American people are paying their fair share for gas"? No, that's not true: The excerpt circulating on social media clipped off the rest of what he said: that his administration wants to ensure Americans are not being "gouged for gas."

Joe Biden: "We're making progress. We're going to keep at it to ensure the American people are paying their fair share for gas."
Someone needs to help Biden. 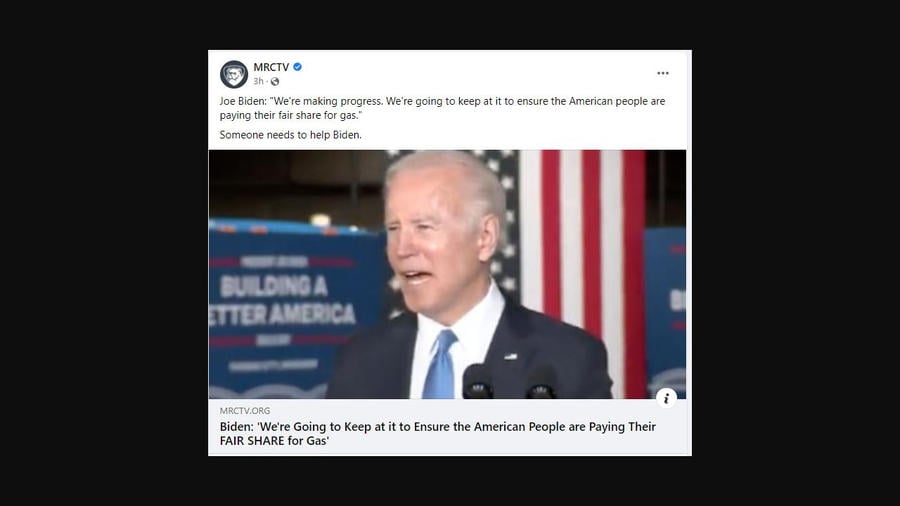 A video posted on C-SPAN of Biden's speech on the bipartisan infrastructure law in Missouri in Kansas City, Missouri on December 8, 2021, includes the entire sentence.

The comments begin at 13:42 and -- if the video plays until 13:56 -- includes the phrase "...not being gouged for gas," stating that the policies his administration was enacting are helping to lower the prices of gas:

Nationally prices are down seven cents a gallon. Continue to fall. We're making progress. We're going to keep at it to ensure the American people are paying their fair share for gas, not being gouged for gas.

Shortly after Lead Stories published this fact check, the December 8, 2021 MRCTV blog entry about Biden's speech was edited to correct the misleading account of what Biden sent. 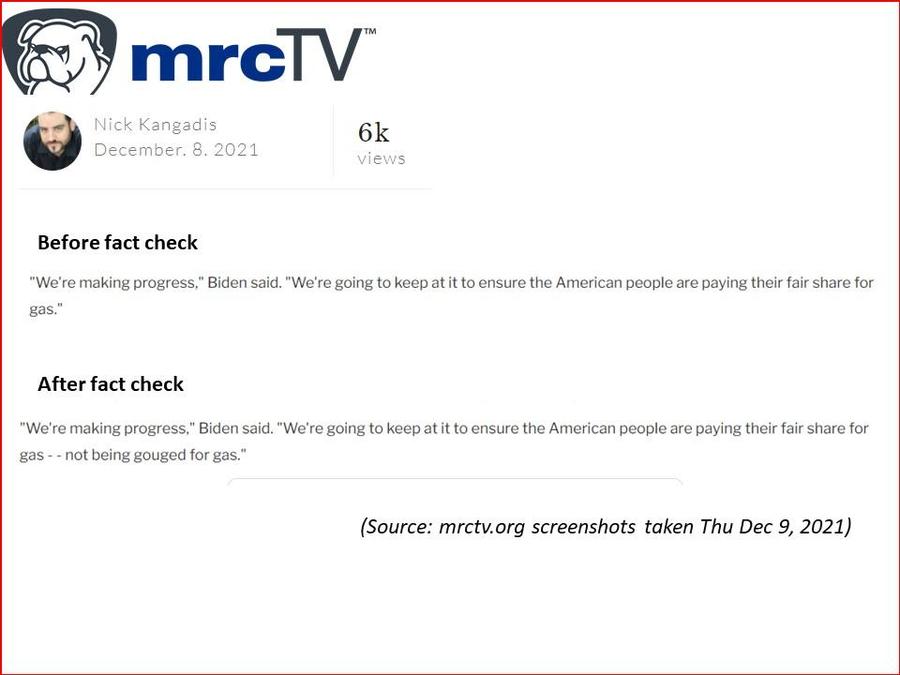 Shortly after the fact check was published, Townhall.org deleted its original tweet and published a new tweet, (archived here) claiming the snipped-off clause had not changed Biden's meaning:

Many Left-wing activists are upset with this clip.

Clearly, this does NOT change the meaning of what the President said in our original tweet. pic.twitter.com/dFzv5JoNPL

In case this, too is deleted, here is a screenshot: 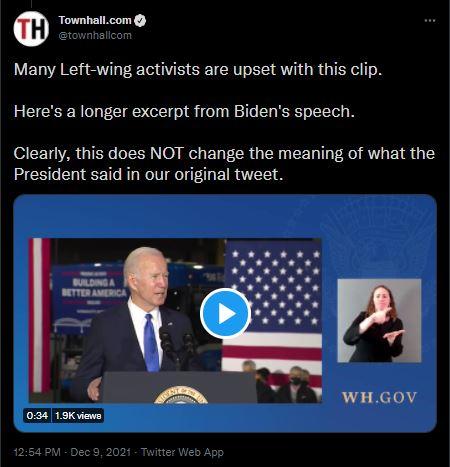