Is this an accurate X-ray image of the skeleton in a "700-pound man"? No, that's not true: It is not even an X-ray. This image depicts a digital 3D model of what the body of a 900-pound man might look like, if a person that size could stand to take this type of X-ray. It originated from a documentary that's at least 7 years old about a 980-pound man. 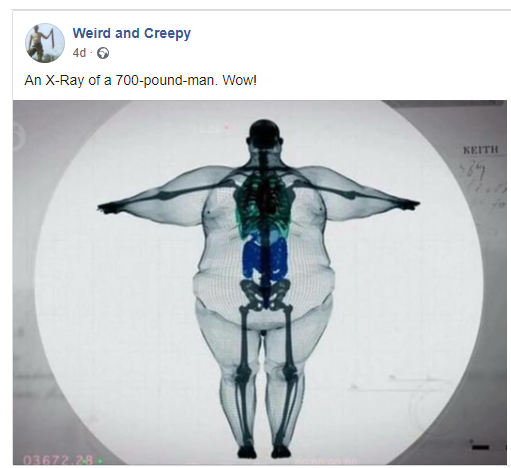 A Google image search using the image in the post and keywords "X-ray of 700-pound man" revealed a 2016 Snopes debunk. Snopes gave it a false rating because it does not depict an image made by medical equipment and cites the image's origin from a British documentary titled "70 Stone And Almost Dead."

A Google video search using keywords "70 Stone And Almost Dead" turned up a December 25, 2020, YouTube video of the full documentary. It is based on a British man named Keith Martin, who weighed 70 stone or 980 pounds. The Independent published an article in 2014 reporting that Martin died at age 44 of pneumonia.

At 5:24 in the video, the narrator states that Martin was "unable to stand up." At 5:59 in the video, the image of a digitally made 3D model of what his body would look like if upright is seen, mimicking the form of an X-ray. 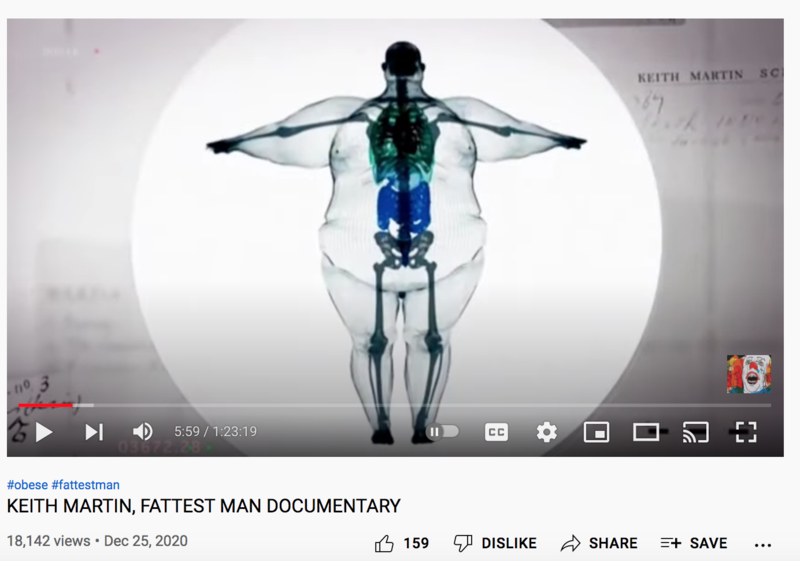