Do these photos document masonic handshakes -- called "grips" -- being made by Freemasons? No, that's not true: Scholars and the grand secretary of the Grand Lodge of New York say these are not masonic grips and neither former President George W. Bush nor former President Barack Obama are Freemasons. The post implies the people in the photographs are Masons and the names mentioned with hashtags are as well, but doesn't say it directly.

The claim appeared in a Facebook post (archived here) on February 8, 2022, under the title "The Freemason Handshake." It opens:

There are many different handshakes based the degree a person is. it is forbidden to use the handshake outside of their masonic circles. Masons can't use this hand shake on regular people only with other masons. So when you see 2 people doing this handshake they are masons or locked in with each other. 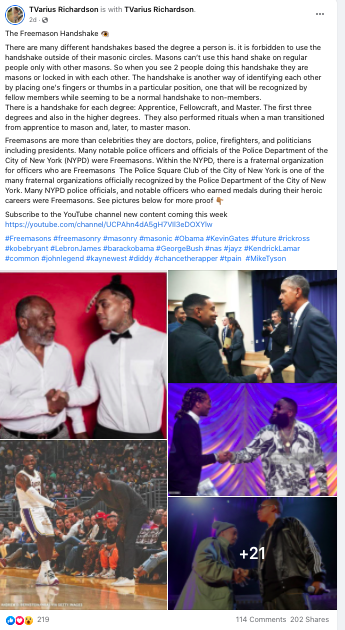 Special handshakes are part of masonic culture, according to history.com: "Freemasons greet one another with a variety of handshakes, all based on one's rank within the organization." Freemasonry is a men-only worldwide society that offers fellowship and mutual aid and includes oaths to uphold a moral discipline, using metaphors from geometry and architecture. Some of its practices are meant to be kept secret among members.

The post included a hashtag list and more than 20 photos, many of them showing celebrities, well-known athletes and political leaders such as Obama and Bush, but experts and Masons say the photos do not show masonic grips.

Rich Schulz, the grand secretary of the Grand Lodge of Free and Accepted Masons of the State of New York, wrote in an email to Lead Stories on February 10, 2022:

These all just look like regular handshakes. There is nothing Masonic about any of them. Some of the handshakes are strong; some not; some half-hearted. None of them are Masonic grips.

He added that "clearly Presidents Bush and Obama are NOT Freemasons ... I suspect almost all of those shown in the photos are not as well."

The Grand Lodge in Virginia lists the U.S. presidents that have been Freemasons from George Washington to Gerald Ford.

"There is no central Masonic authority, and Freemasons are governed locally by the order's many customs and rites," according to History.com.

This is a closeup of Obama in a handshake from the post. 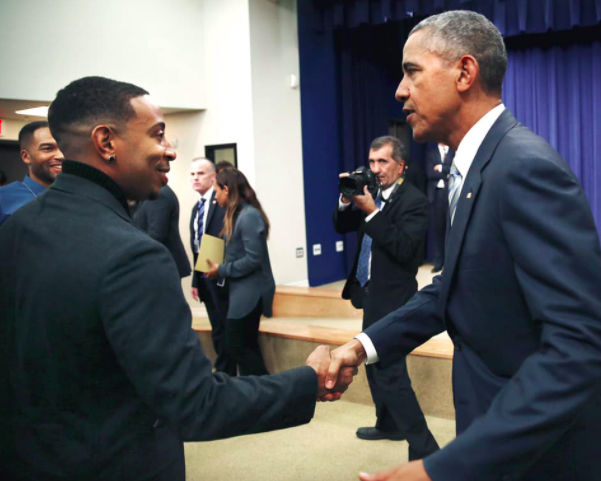 Lead Stories has reached out to designated representatives of Obama and Bush and will update when they respond.