Are "FEMA Camp Containers" and the performance platforms in the 2022 Super Bowl halftime show the same construction? No, that's not true: The bottom image in this post is from a 2021 article about China building quarantine camps due to COVID-19 outbreaks and does not depict "FEMA Camp Containers." A Federal Emergency Management Agency (FEMA) spokesperson also tells Lead Stories that this post is "false."

The claim was implied in a Facebook post (archived here) published on February 14, 2022. The post included two juxtaposed photographs, one on top of another, depicting the Super Bowl halftime show stage and an industrial complex filled with what appeared to be storage containers or housing units. The text on these photos reads: 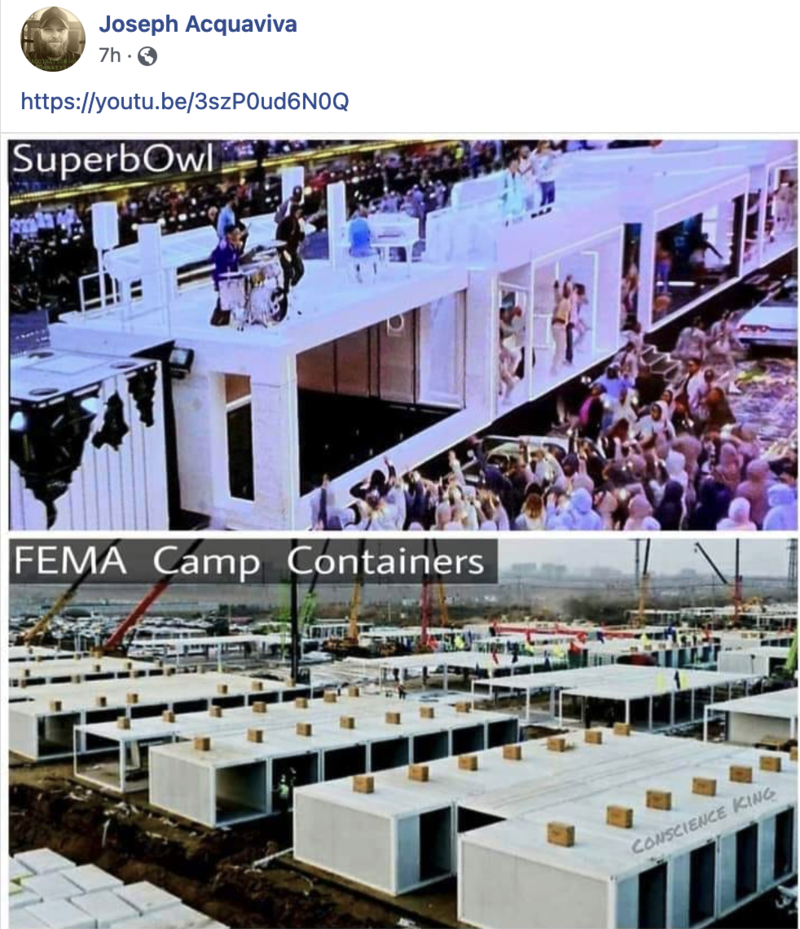 The caption of this post has the link to a YouTube video that provides no substantiation as to where the photos were located nor valid evidence for the implication that the images are comparable.

Lead Stories reached out to FEMA to comment on the validity of these claims. A spokesperson told Lead Stories in an email on February 15, 2022:

This claim is absolutely false.

A TinEye reverse image search reveals that the bottom photo in the post is a picture released by the Chinese news agency Xinhua and used in this New York Daily News article titled "China builds massive quarantine camp as new COVID outbreak raises concern." The caption underneath the photo in the article reads:

A Google search using keywords "FEMA Camp Containers At The Super Bowl Halftime Show 2022" did not yield any results that corroborate the claim implied in this post.