Does this magnetic bracelet increase metabolism and promote fat breakdown? No, that's not true: "There really is no scientific evidence to prove these work," UCLA Prof. Zhaoping Li, M.D., PhD told Lead Stories.

The claim appeared as a video (archived here) published on Facebook on January 31, 2022. It opened: 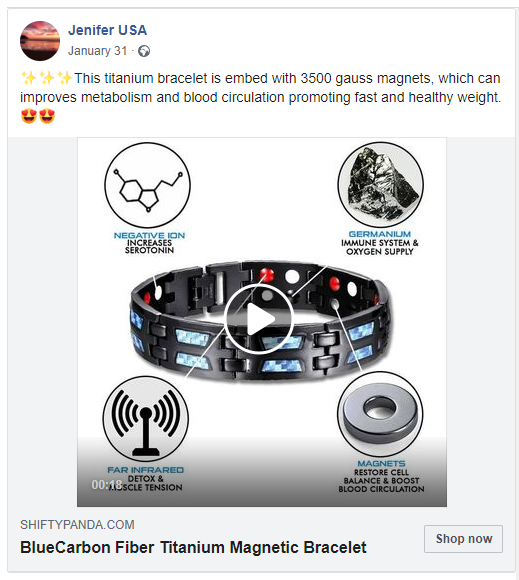 The post includes an 18-second video on a page that was created on January 12, 2022, less than three weeks before the post was published.

An image of a bracelet in the video identifies four components as "Far Infrared, Negative Ion
Magents, Germanium," with the word magnets misspelled as "magents." A link to the bracelet on the Shifty Panda website shows the same components as the video but with magnets spelled correctly: 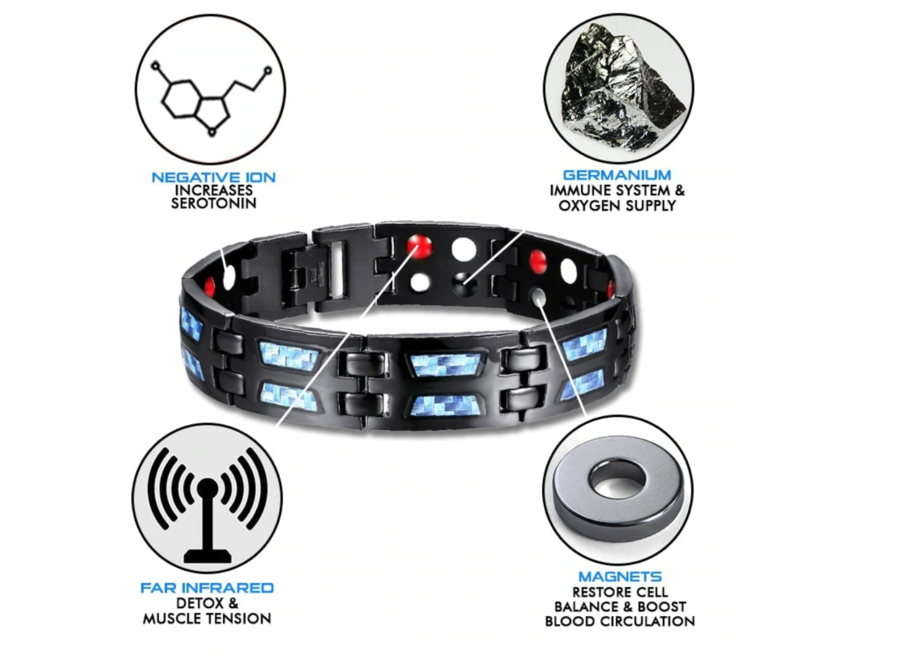 Zhaoping Li, a professor of medicine and chief of the division of clinical nutrition at UCLA, told Lead Stories via phone on February 10, 2022, that the theory of magnetic resonance came from Eastern medicine, where it's believed that special points on the body can be stimulated for various health reasons. However, there is no evidence that the bracelets promote weight loss, she said:

We don't have hard science to support it. There is no scientific evidence that has proven that it is really helpful other than you may have a placebo effect. If you believe it works then it may work for you.