Is the eye condition of having two pupils in one eye real? Yes, that's true: It's an extremely rare condition, but it exists. The clinical term for someone with two pupils is polycoria, not pupula duplex. It also does not look like the picture in the Facebook post below, which is a doctored image.

The claim appeared in a Facebook post (archived here) on February 15, 2022. The text under the image of two pupils in one eye reads:

The Pupula duplex is a medical oddity that is characterized by having two pupils in each eyeball. 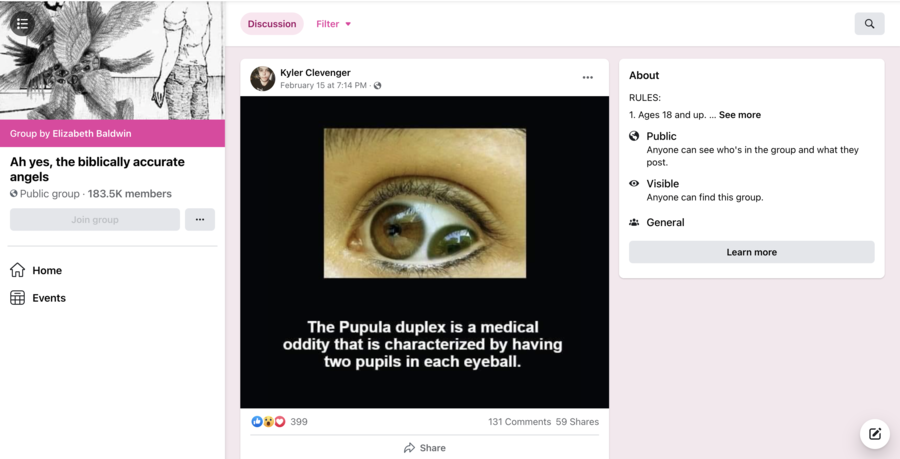 The author of this post has not provided any sources or links to verify the term they used: "Pupula duplex."

In a February 17, 2022, email, a representative from the American Academy of Ophthamology (AAO) explained that this is a real phenomenon, but with a different name. The clinical name for someone with two pupils is polycoria. The AAO website says:

People with 'true' polycoria have two or more separate pupils in one or both eyes. Each pupil has its own sphincter muscle and they individually constrict and dilate. This can cause poor, dim or double vision. Surgery can help some people with true polycoria. Other patients have so-called 'false' polycoria, where holes in the iris appear as two or more pupils, but only one actually works. These holes are usually just a defect of the iris and may cause some glare.

The American Optometric Association (AOA) sent us an email on February 18, 2022, calling the Facebook image "fake":

Pupula duplex is not a medical term that we are aware of. While rare, some may experience a tear in the iris due to trauma or an eye disease that causes it to 'split' ... we can also confirm that the image being shared on social is fake.