Does this video footage show Russian air attacks on Ukraine? No, that's not true: This video footage dates from May 4, 2020. It shows military planes flying over Moscow, rehearsing for a Victory Day airshow. The shortened clip was reposted on February 24, 2022 misrepresenting this footage as an airstrike in Ukraine. Sound effects of air raid sirens have been added over the original audio. Russia did launch attacks on Ukraine on February 24, 2022 -- but this is not footage of those attacks.

This footage was filmed over Moscow on May 4, 2020 and additional footage of the same planes from other angles were posted on Youtube at the time. An edited copy of this footage was posted on Facebook on February 24, 2022. It opened: 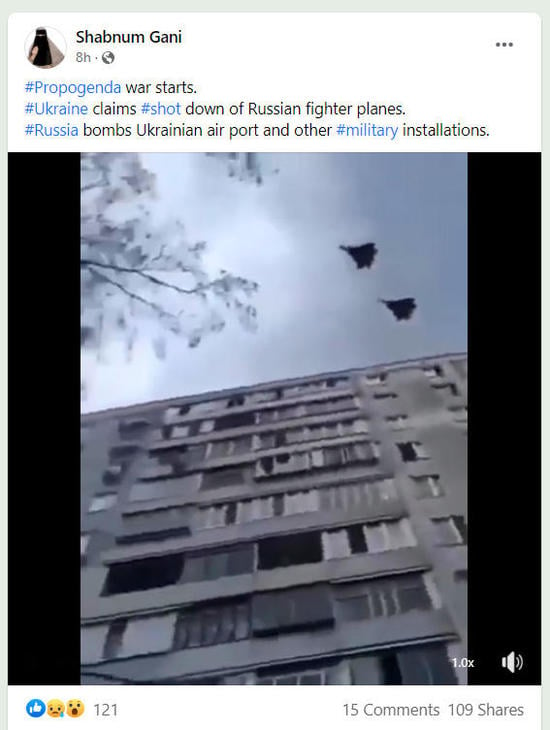 The unedited video was posted on YouTube on May 4, 2020. The title translated from Russian says: "Parade rehearsal 05/04/2020. Air part. Flight of aircraft over Tushino" Tushino airfield is in the northwest of Moscow. 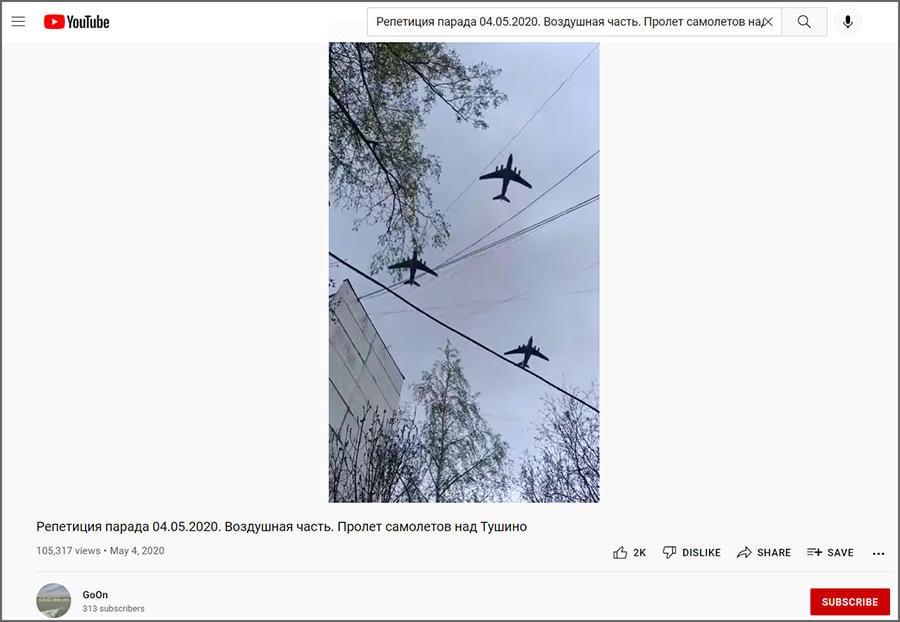 Sound effects of air raid sirens were added to this old video footage which originally only featured the roar of the planes flying overhead. Air raid sirens were heard on February 24, 2022 in Ukraine's capital Kyiv, as can be heard in this CNN video.

This altered and mislabeled video was amplified on Twitter (archived here) by Sebastian Gorka with the caption: 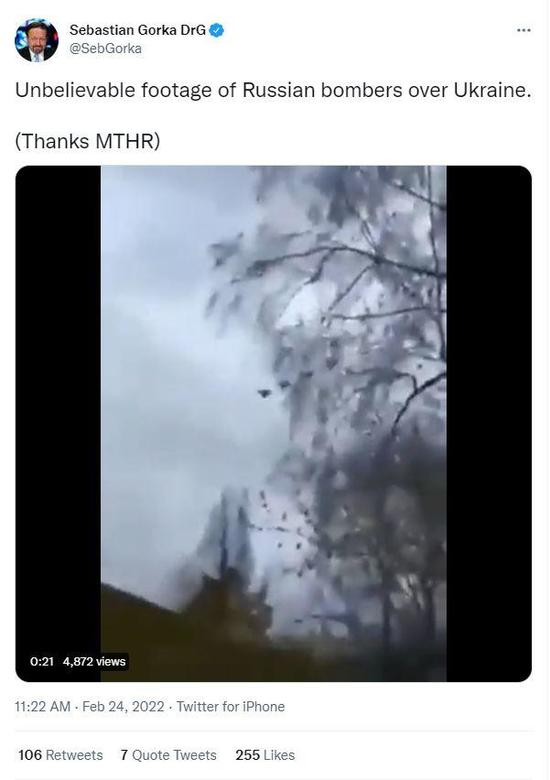