Is video footage being used in a livestream that purports to show the Russian invasion of Ukraine real? No, that's not true: The livestreamer uses looped footage that includes images of a giant explosion that happened in Tianjin, China in 2015.

The footage appeared in a live video stream on Facebook where it was published by Artes R on February 24, 2022, under the title "OMG!!! Russia just attacked Ukraine! Look at this footage 🤯." This is what the video looked like: 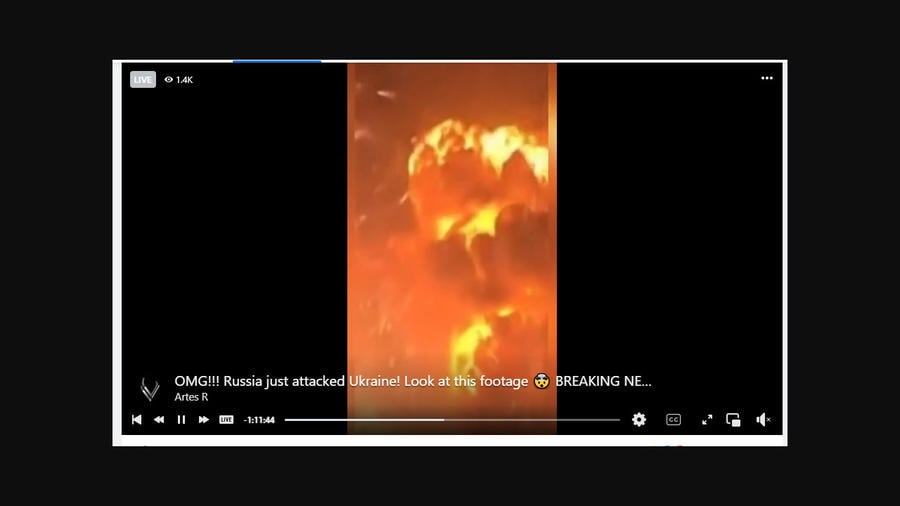 Footage of the Chinese explosion has been widely available on the internet, for example here:

You can read more about the Chinese explosion here.