Does this video show Russian paratroopers landing in Ukraine? No, that's not true: It is an old video of a military training exercise.

However, weather in Kyiv is currently overcast as the livestream of Maidan Square in Kyiv, Ukraine shows: 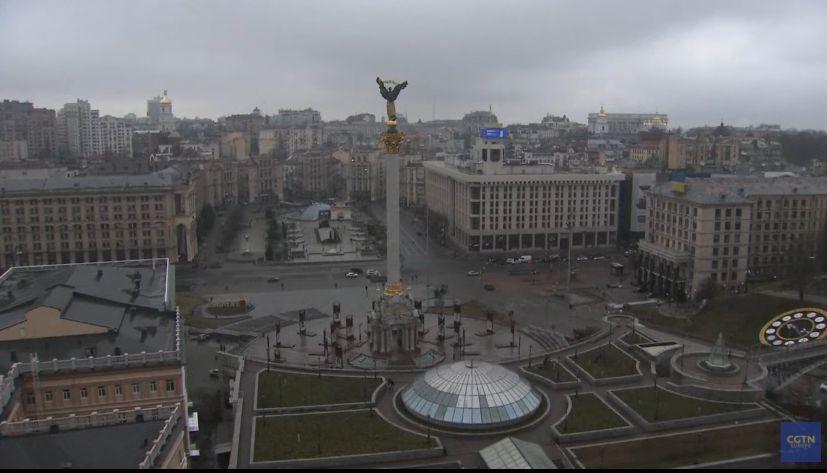 The video appears to be at least several years old, most likely from the Vostok military exercises in 2018: