Does this video show Ukraine being bombarded on February 24, 2022? No, that's not true: The video appeared on TikTok as far back as January 29, 2022, with a caption suggesting it showed a lightning strike on a power plant.

The video appeared in a Facebook post (archived here) published by a Facebook page named The Rabbit Hole on February 24, 2022, under the title "Ukraine is getting bombarded 🐰🕳". 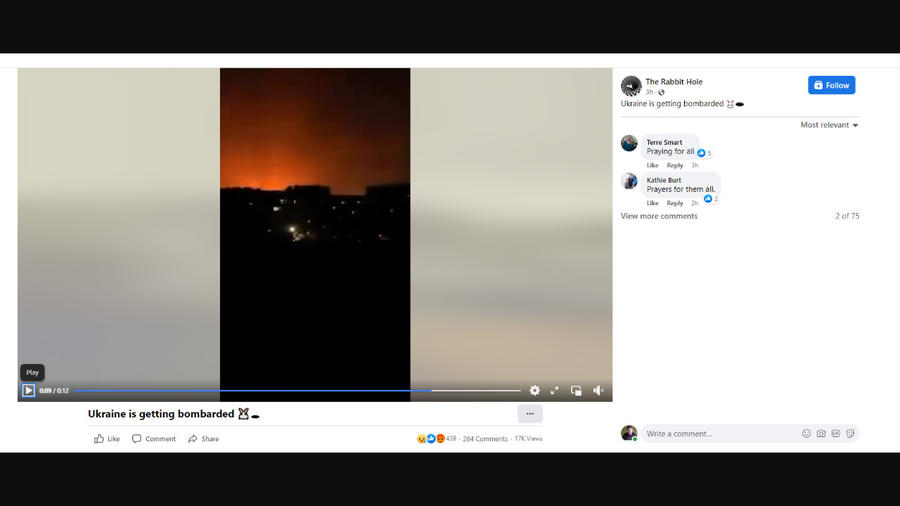 However this TikTok video from January 29, 2022 (archived here), shows the exact same footage. It's titled "удар молнии в электростанцию! 🔥⚡😳" which Google Translate says translates from Russian to English as "lightning strike at the power plant! 🔥⚡😳."