Does this video show Ukrainians firing bullets at Russian fighter jets? No, that's not true: This is footage from a computer-generated animation and is not video of an authentic conflict happening at the current time.

The original animation was posted on the Instagram account of the artist Borisao Blois on October 8, 2021. A copy of the animated video was posted on Facebook, where it was published by the page C Paul David on February 24, 2022. It was captioned: 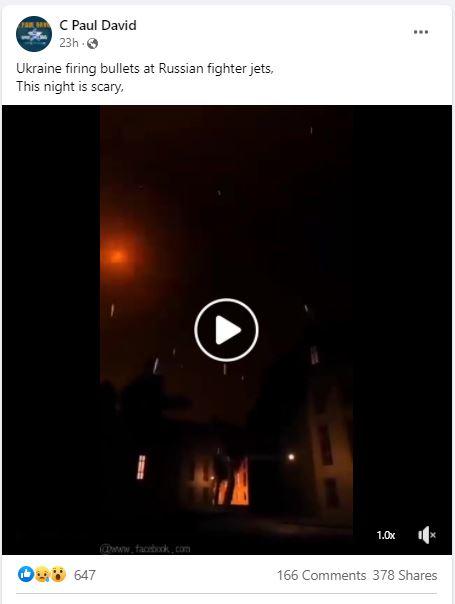 The original copy of this video was posted on Instagram on October 8, 2021. The translated caption is:

What humanity once saw 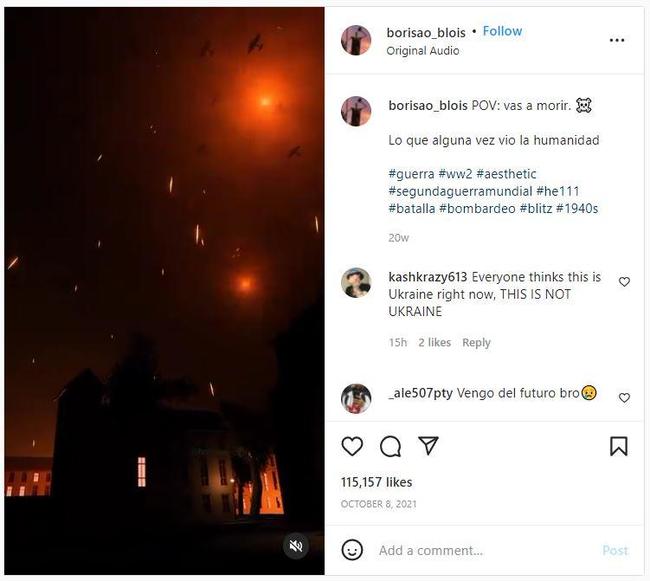 Blois also has a YouTube channel where this animation was included in a longer video in a playlist titled WW2. Blois has also posted animations of dancing skeletons and a feeding fish.