Does this photo show President Volodymyr Zelenskyy of Ukraine visiting battle lines during the Russian invasion that started February 24, 2022? No, that's not true: Multiple reverse image searches show the photo was taken in 2021, almost a full year before Russia attacked. Please note that according to current reports (confirmed by video footage) Zelenskyy is present in Kyiv, which is on the current front line.

The picture and claim appeared in a February 25, 2022, Facebook post (archived here) on the amazingfacts page under the title "Ukraine's president on the front line due to the tension of Ukraine and Russia!" It opened:

Salute to the President of Ukraine PEACE 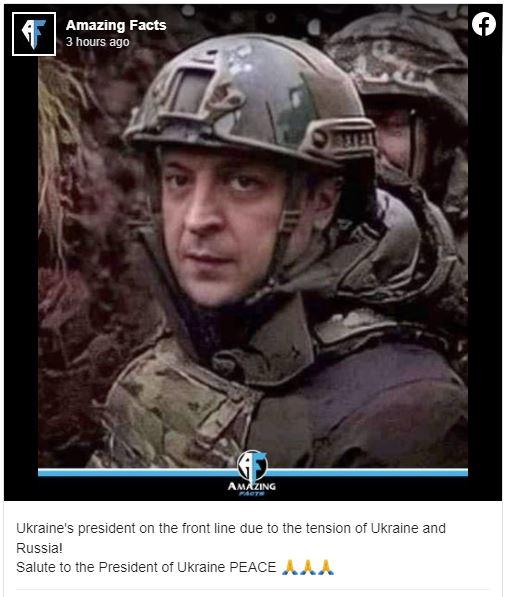 The post implies the photo was taken at the time of Russia's February 24, 2022, invasion of Russia.

Lead Stories conducted reverse image searches for the image, finding that it was taken about a year before the invasion during visits Zelenskyy made to troops in the field to celebrate the 30th anniversary of the creation of the Ukraine Armed Forces. The following montage shows the first record of publication was December 6, 2021 on Seattlepi.com and a variety of news sites devoted to news of the Baltic States and eastern Europe. 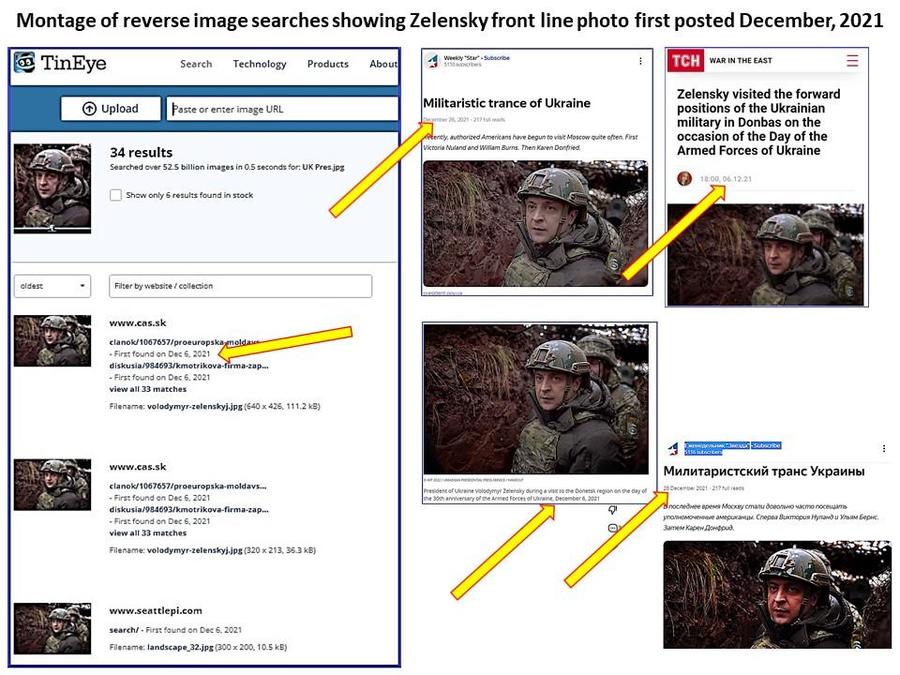 Note that in the night of February 25-26 Zelenskyy released video showing him and key members of his government in front of buildings in Kyiv confirming they were there to resist Russian attempts to take the city.