Did a CNN report contain a banner that described an explosion in Ukraine as "mostly peaceful"? No, that's not true: The banner was fake, part of a running joke about CNN chyrons that are directly refuted by the images they describe. This example included obvious indicators that it was an attempt at being satirical.

FIREY BUT MOSTLY PEACEFUL EXPLOSION IN THE UKRAINE 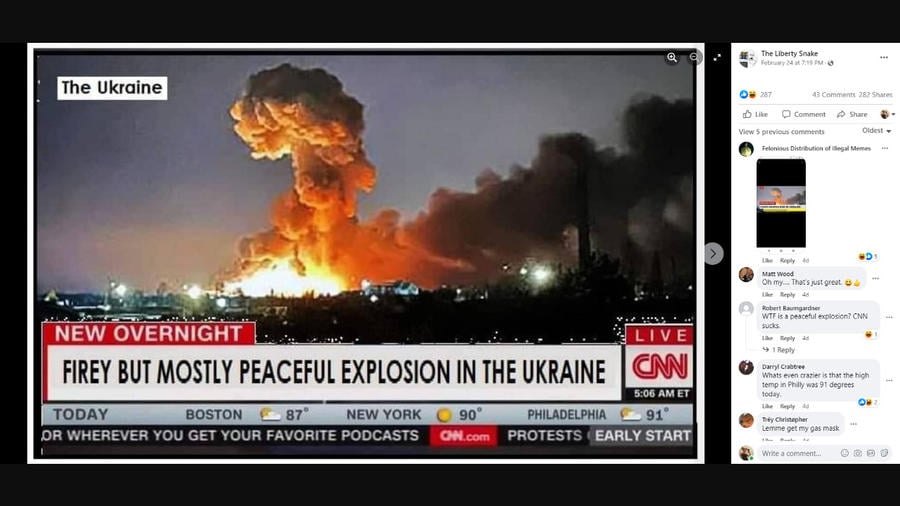 The image provides several clues that it is fabricated. The banner refers to Ukraine as "The Ukraine," which is not only erroneous, but is also not consistent with CNN's other references to the country, as shown in CNN videos discussing the ongoing invasion of Ukraine by Russia found here and here.

The word fiery is misspelled in the banner as "firey."

Additionally, the banner clearly contains superimposed text. The blurry areas around the banner text and the sharp, white, inconsistent lines around the block of CNN information are characteristic of a digitally manipulated image.

More Lead Stories fact checks about the Russia-Ukraine conflict can be found here.