Does a video show the start of "Russia vs NATO"? No, that's not true: The video, posted more than a week before the 2022 Russian invasion of Ukraine, could not possibly show the start of that war as the conflict had not begun. Additionally, NATO has explicitly said that it will not intervene in Ukraine.

The claim appeared in a Facebook post (archived here) published on February 15, 2022. It included a short video and a caption that reads:

Russia vs NATO and it begins 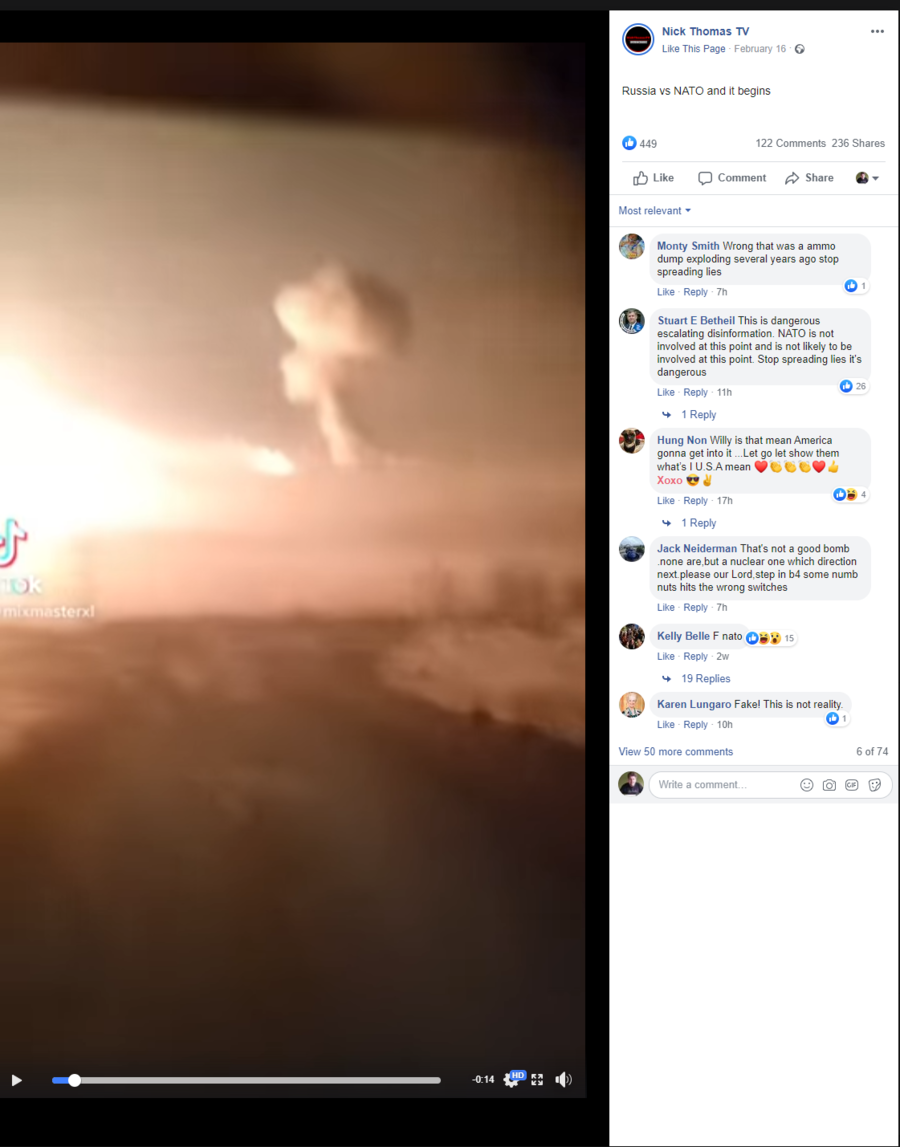 The video could not show the start of the war between Russia and Ukraine because it was posted nearly 10 days before Russia's invasion of Ukraine on February 24, 2022.

Additionally, describing that war as "Russia vs NATO" is a misrepresentation. The conflict is between Russia and Ukraine, which is not a NATO member. NATO has explicitly said that it will not intervene.

It was not immediately clear at the time of writing what the Facebook footage showed but it was obviously from before Russia invaded Ukraine.

The video appeared to be taken from the TikTok account of mixmasterxl. Lead Stories reached out to that account to ask about the video and the claim. We will update this story, as appropriate, if we receive a response.