Did Volodymyr Zelenskyy and Olena Zelenska, the president and first lady of Ukraine, sing a cover of "Endless Love" and post it on YouTube? No, that's not true: The couple seen in this video are not the Zelenskyys. The man is a member of the Florida-based band Boyce Avenue, and the woman is Connie Talbot, a British singer.

Ukrainian President and his beautiful wife during happier times

A reverse image search of a screenshot from the video on Google Images resulted in a screenshot of the two on a YouTube channel named Boyce Avenue. 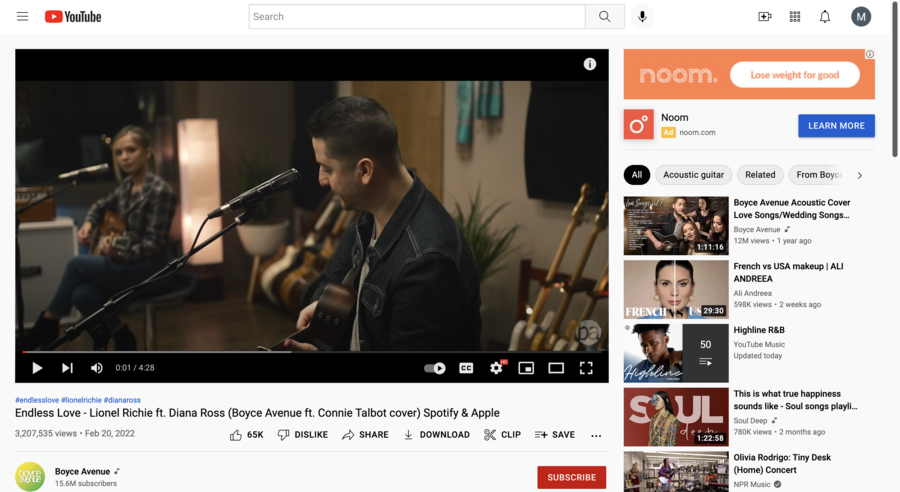 According to their verified Facebook page, Boyce Avenue is a Florida-based band that formed in 2004. They began posting YouTube videos of songs in 2007. The woman seen in this video, Connie Talbot, is not a member of Boyce Avenue. Talbot is a British singer who appeared on "Britain's Got Talent" in 2007 at age 6.