Was video of a Ukrainian tank smashing through a barricade on a street taken during the 2022 Russia-Ukraine conflict? No, that's not true: The footage of the speedy tank was recorded in 2014, during that year's conflict between the two countries.

The timeliness could be implied from a Facebook post (archived here) published on March 8, 2022 during Russia's invasion of Ukraine. The post featured the video overlaid with an emoji of the Ukrainian flag.

Although Facebook users who commented on the post noted that the footage was taken in 2014 (see screenshots below), the user who posted the video did not provide context to inform viewers that the footage is not from the 2022 Russia-Ukraine conflict. 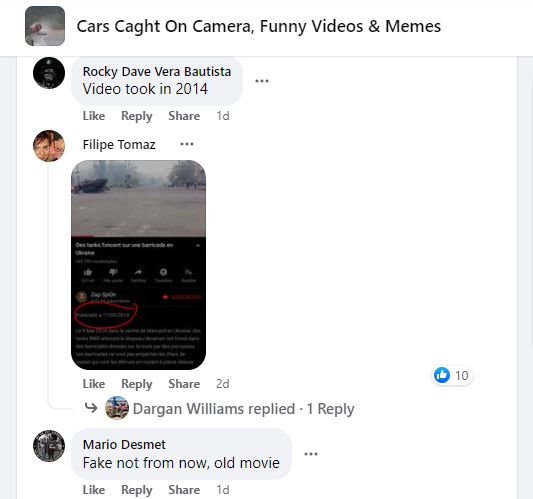 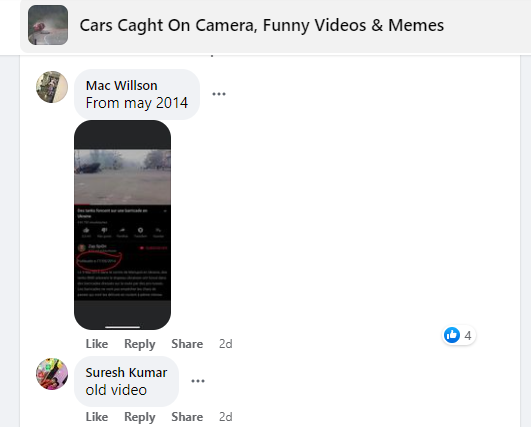 The footage was taken in May 2014 in the Ukrainian city of Mariupol. The incident shown in the footage occurred amid Ukraine's efforts to fight against pro-Russian separatists. Other videos of the footage published in 2014 can be found on Military.com and on the YouTube channel for Russian news outlet RT.

More Lead Stories fact checks related to the 2022 Russian invasion of Ukraine can be found here.