Did a 2010 video "expose" climate change "fanatics" by proving that General Motors (GM) admitted that electricity for its hybrid car the Volt came 95 percent from coal? No, that's not true: The video is being used misleadingly and as of 2021, more utilities use natural gas than anything else. The GM Chevrolet Volt (which is no longer made) in the video was plugged into power from the city of Lansing, Michigan. At the time, Lansing used coal as its major source of electricity.

The claim appeared in a Facebook post on June 8, 2022, with the caption, "'So what's charging the [electric car] batteries right now? What's the source of electricity?' Wait for it ..." The video opened:

' ... really grateful to be here today, and in fact, this is a chance for me to say thank you more formally.' 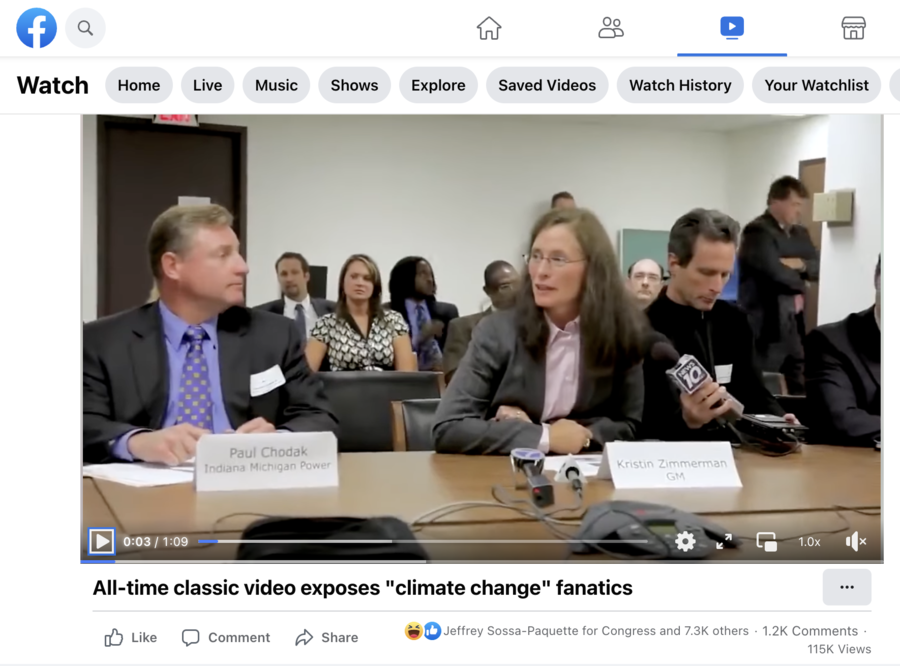 This video is a clip in a longer documentary titled, "Planet of the Humans," released in 2020. In the 2010 video in the post, Kristin Zimmerman, then a GM representative, talks about the features of the Volt. One reporter asks Zimmerman, "So, what's charging the battery right now?" She first says, "Here, it's coming from the building." Asked, "What's the source of power?" Zimmerman says Lansing "feeds the building." A board member on the Lansing Board of Water and Light, J. Peter Lark, confirms that the car is charging off of the Lansing grid "which is about 95 percent coal."

Electricity mixes vary by state and GM is helping drive the transition to renewable energy via additive power purchase agreements and green tariffs which help create demand for more renewable energy. We are confident that as we scale electric vehicles, the mix of renewable energy will continue to improve as it has over recent years. Specifically regarding the video, it is more than 10 years old and the comments in question were made by a representative of a local utility, not by GM.

An Energy Information Administration (EIA) spokesperson emailed us on June 10, 2022, with a more current statistic about sources of electricity. According to the EIA, 38 percent of electric utilities in 2021 use natural gas. Coal is a source for 22 percent.

More data on the EIA website shows that in 2020 coal dropped to its lowest level of use since 1965.

The Center for Climate and Energy Solutions, an environmental think tank, says renewable energy is the fastest-growing energy source in the US. Its use has increased 42 percent from 2010 to 2020 and 90 percent from 2000 to 2020.

We have reached out to Lansing Board of Water and Light. We will update this article with any relevant information we receive from them.