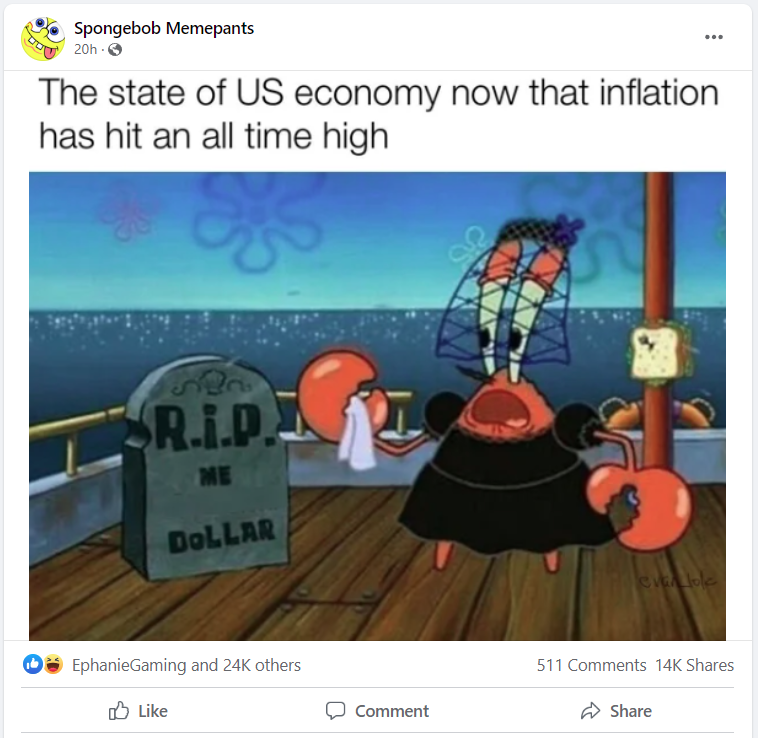 While inflation is not at an all-time high, it's been about 40 years since American consumers have seen prices rise this fast. For the first half of 2022, the U.S. Bureau of Labor Statistics estimated that the CPI jumped by 8.0 percent. The last time inflation was that high was in 1981 when it hit 10.3 percent. Since the United States began calculating the CPI in 1913, the annual inflation rate has been higher than it is now 12 times: 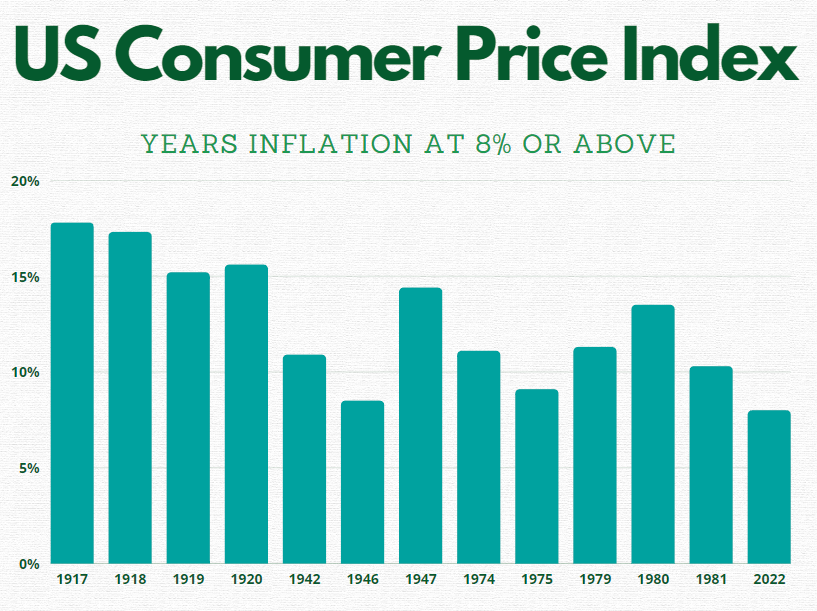 In a June 8, 2022, article on the university's website, Laurence Ball, an economics professor at Johns Hopkins University, was asked what's causing the inflation we're seeing now:

Largely the things that a lot of people are talking about in the media, like the strange labor shortages which we've probably all experienced, such as at restaurants where they are not getting enough workers. The labor shortage pushes wages up, which at first blush sounds like a good thing, but then it gets passed through onto prices. The high energy prices are obviously because of international events, and then there are all the strange supply shortages, such as the shortage of computer chips that led to a big increase in used car prices. These latter idiosyncratic factors will presumably go away. Then it's the question of whether the labor shortage will ease or whether the Fed has to really step in and potentially cause a recession or not.

Record-high gasoline prices, which topped $5 a gallon in June 2022, have helped fuel much of the inflation but have also been the subject of many erroneous claims debunked by Lead Stories.