Did U.S. Marines film a giant UFO in the Arizona desert? No, that's not true: 2017 footage of U.S. Marines conducting a training exercise during a weapons and tactics instructors course was edited to include a large hovering UFO. The original video includes helicopters, but no flying saucers.

The original video showing a Marine training exercise was uploaded to the YouTube channel AiirSource Military on September 27, 2017. It was titled, "This Android Tablet Is Deadlier Then A Gun - Digitally Aided Close Air Support (Air Strikes)." On October 28, 2017, a video featuring clips from the training exercise, but with UFOs digitally added to the scenes, was uploaded to YouTube and also shared on Facebook. It was titled, "Giant UFO filmed by US Marines in Arizona Desert ! Oct 2017." Those original copies of the edited video are no longer available, but over the years that version has been uploaded again and again. On June 9, 2022, the edited video was published to the Facebook group Astronomy & Mystery Space. It was captioned:

Giant UFO filmed by US Marines in Arizona Desert 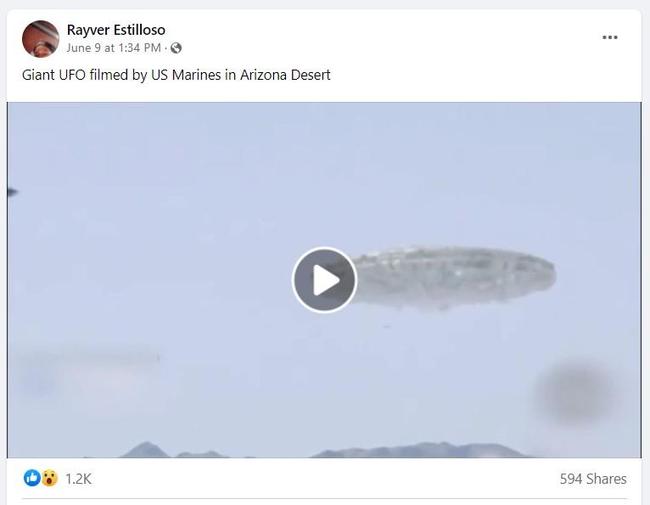 This video was debunked on October 31, 2017, by the Facebook page UFO of Interest, which describes its page as, "UFO sightings investigations. Against hoaxes, conspiracies and misinformation. UFO-hoax buster." The debunk included a side-by-side comparison of the original and edited videos. The page gave credit to Matt Bornong for finding the original video on AiirSource Military. Bornong also pointed out a small detail in the edited video -- the shoulder patch of one of the Marines had been edited to show the logo of the UFO at Section 51 channel. Bornong posted a screenshot of that patch detail (pictured below) in a comment on October 31, 2017. 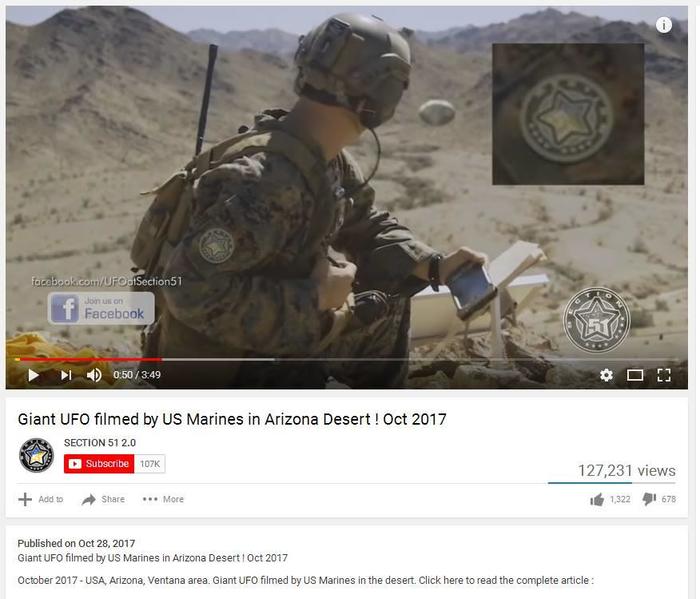 Bornong's screenshot also shows the watermarks that had been added by the UFO at Section 51 channel, which have subsequently been blurred in later uploaded copies of the video. Telemundo.com reported in Spanish on this UFO video on November 20, 2017, concluding, "No one has spoken seriously about the veracity of the video and users continue to speculate about it."

Below is a Lead Stories composite image that shows a scene 5:35 minutes into the AiirSource Military video -- a helicopter flying over the desert with a mountain range on the distant horizon. The inset shows the moment 20 seconds into the edited UFO video, where a closeup of a flying saucer was added to the cropped scene. Along the lower edge of the video the blurred watermarks as well as the trace of white smoke can be made out. 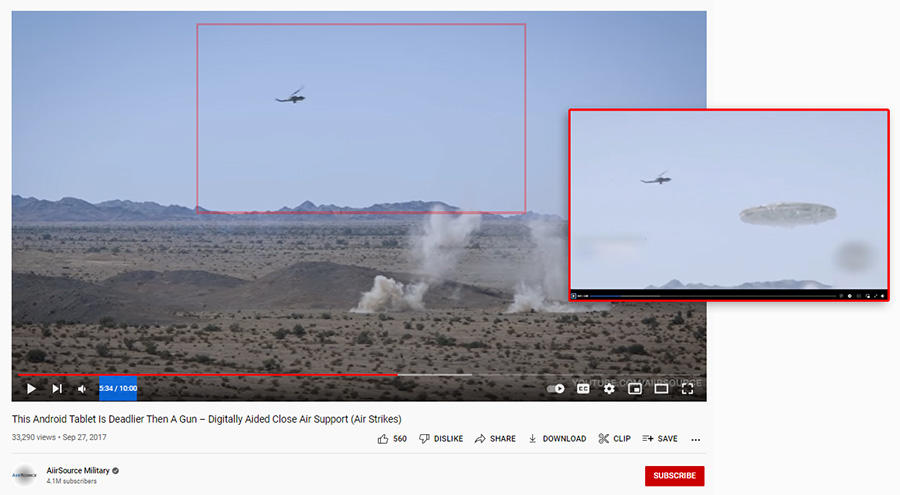