Can people target U.S. Supreme Court justices with Internet Protocol (IP) addresses found on social media? No, that's not true: The IP addresses superimposed over the smiling photos of the five judges who voted to overturn Roe v. Wade do not appear to be associated with any of the justices. The high court opinion on abortion was announced on June 24, 2022. 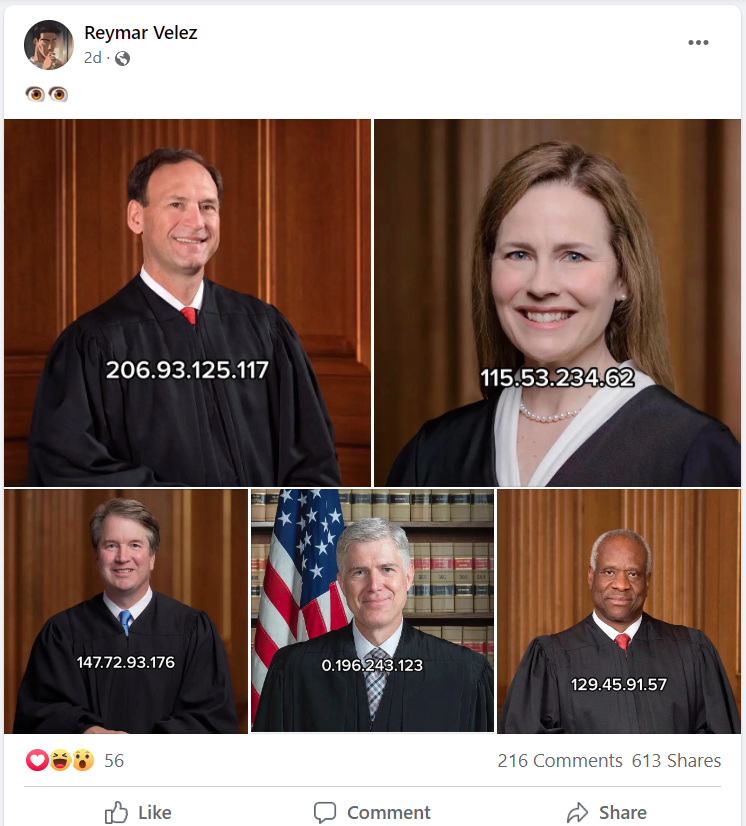 This is how Kaspersky, an internet security firm, defines an IP address and its purpose:

In essence, IP addresses are the identifier that allows information to be sent between devices on a network: they contain location information and make devices accessible for communication. The internet needs a way to differentiate between different computers, routers, and websites. IP addresses provide a way of doing so and form an essential part of how the internet works. ...

None of the five IP addresses appear to be associated with any of the Supreme Court justices pictured in the post, according to Whois Doman Lookup, a website that tracks the ownership of domain names and IP addresses:

The current members of the Supreme Court can be found here. The high court's contact information on its official site is here.