Unbelievable. Instagram needs to shut down the account @Libs for harassing me. I shouldn't be harassed for standing up, wanting to take action against guns. All @Libs does is rally people to make fun of politicians and people like me. DO NOT FOLLOW THIS PAGE 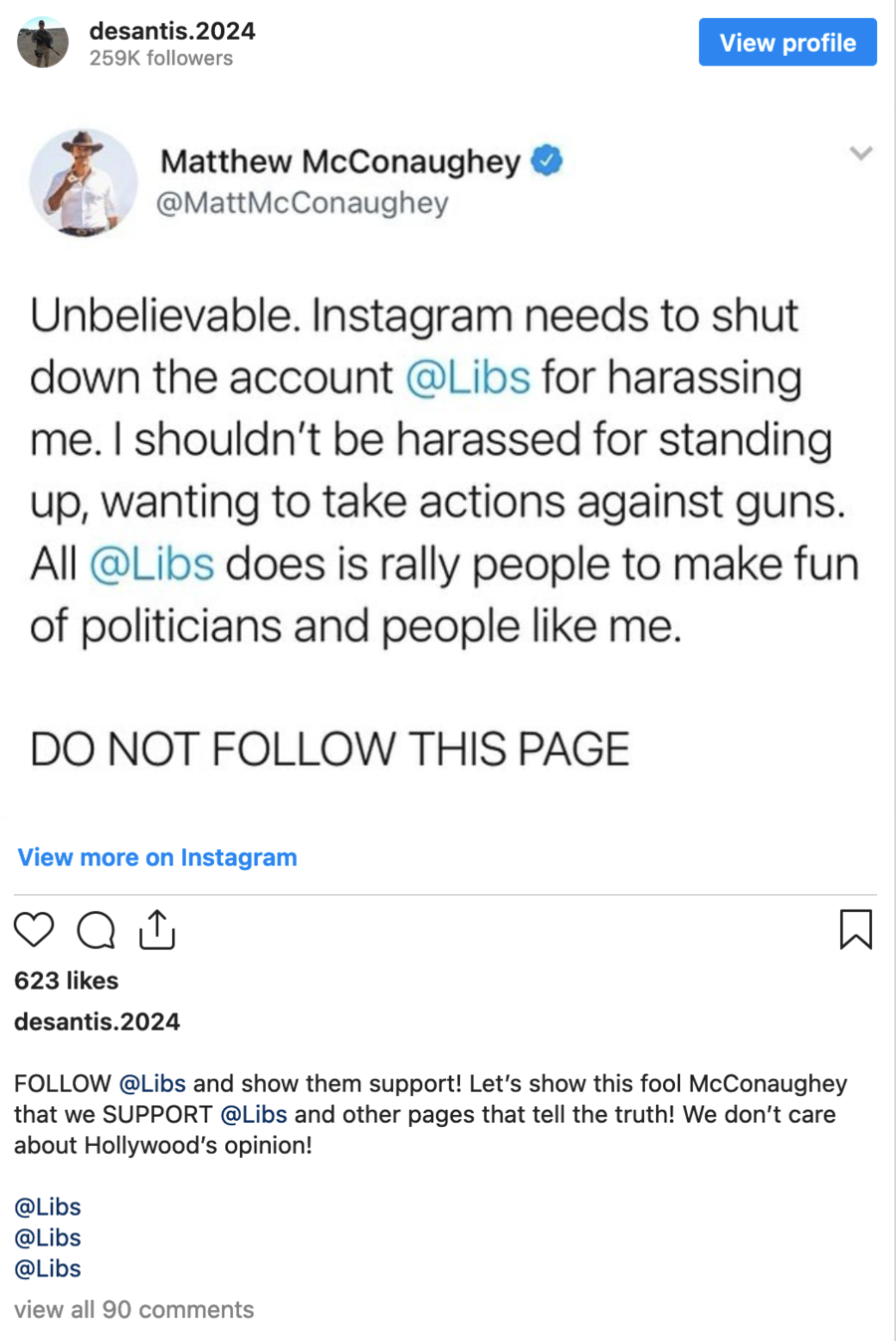 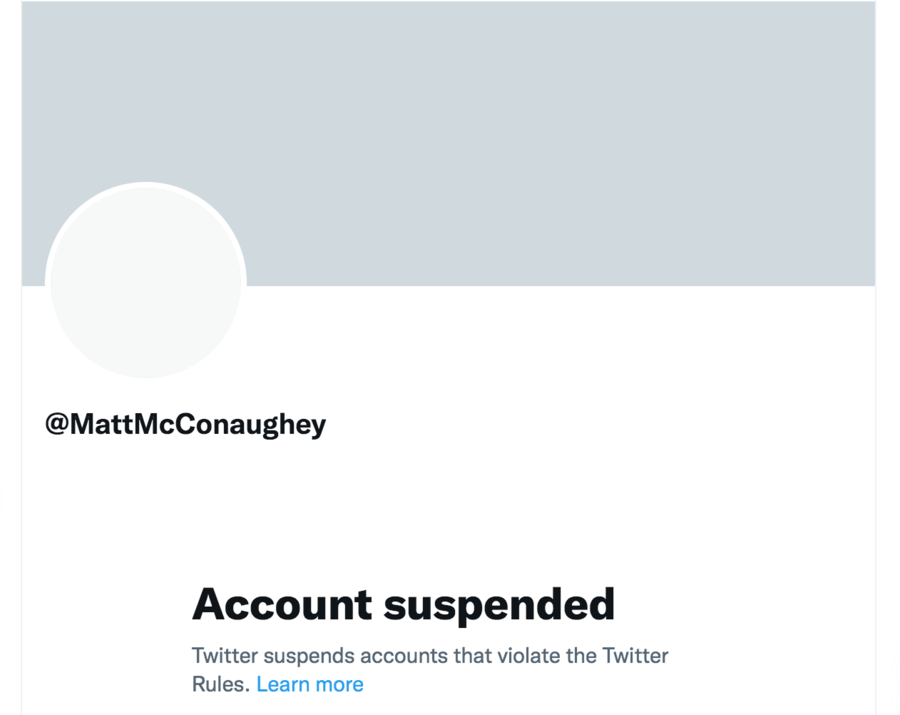 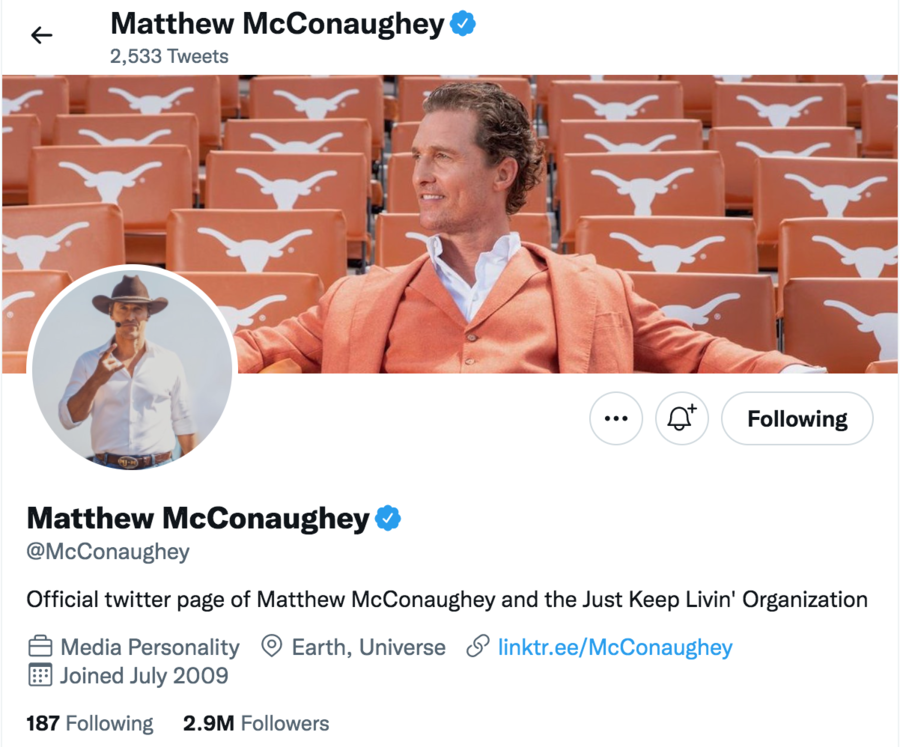 McConaughey appeared at the White House on June 8, 2022, where he advocated for gun control legislation following the murder of 21 people, including 19 children, at an elementary school in Uvalde, Texas, his hometown.