Was Paul Pelosi charged with possession of child pornography? No, that's not true: Pelosi, the husband of House Speaker Nancy Pelosi, was arrested on suspicion of driving under the influence on May 28, 2022, and was not charged with possession of child pornography, according to the press release from Napa California Highway Patrol about the DUI arrest, and his spokesperson, Larry Kamer.

Paul Pelosi is in serious trouble and could face many years in prison.

Paul Pelosi, the 82-year-old husband of U.S. Speaker of the House Nancy Pelosi, was re-arrested this weekend for possession of child pornography and crack cocaine. The MSM reported on the first arrest, but not the second arrest. 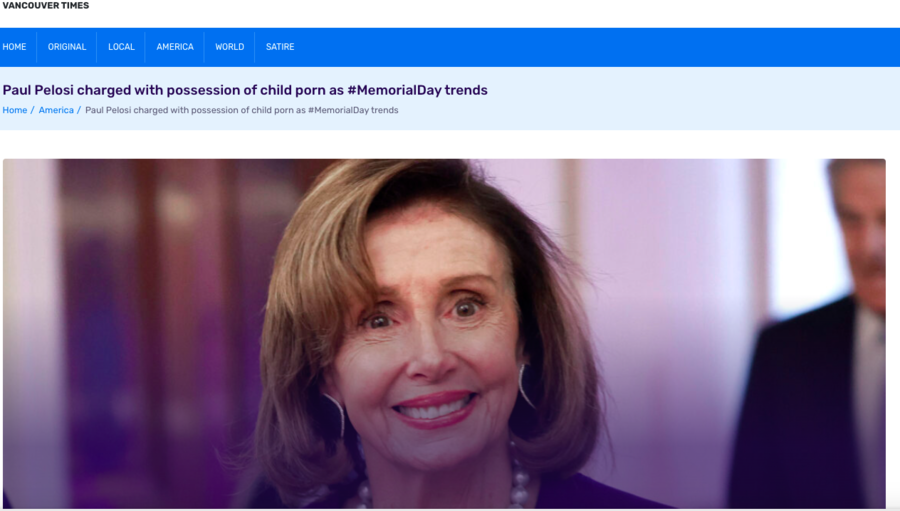 Larry Kamer, spokesperson for Paul Pelosi, wrote in an email to Lead Stories on June 2, 2022, that the claim that he was charged with possession of child pornography was:

In an email on June 2, 2022, Jaret Paulson, a public information officer, with the Napa Area California Highway Patrol, provided Lead Stories with the news release that included details of Paul Pelosi's charges. This is what it looked like at the time of writing: 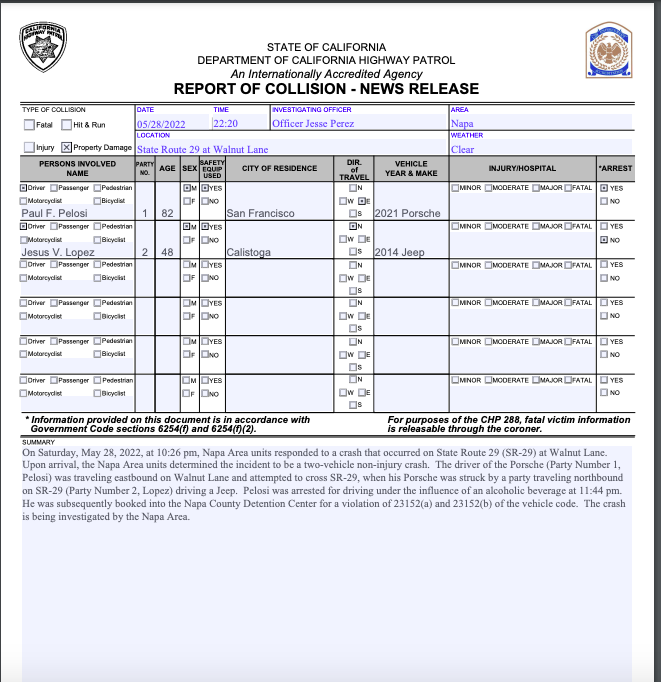 The charge is that Paul Pelosi was arrested for driving under the influence of an alcoholic beverage.

Lead Stories has debunked several false claims from the Vancouver Times. You can see those stories here.