Did the military arrest the current White House deputy chief of staff, Jennifer Brigid O'Malley Dillon? No, that's not true: Lead Stories received an email from a duty officer at the Pentagon who told us the claim was not true. The claim was published by Real Raw News, a site known for writing false claims about public figures. Real Raw News' website has a disclaimer that states, "This website contains humor, parody, and satire."

U.S. Army Rangers on Wednesday arrested former Biden campaign manager and current Deputy Chief of Staff Jennifer Brigid O'Malley Dillon at a Washington, D.C. hotel, the result of a military investigation into whether she took part in a ballot harvesting ring in which Democrat-liberal sympathizers, known as "mules," illegally collected and deposited ballots into drop boxes in Arizona, Georgia, Michigan, Pennsylvania, and Wisconsin during the 2020 presidential election. 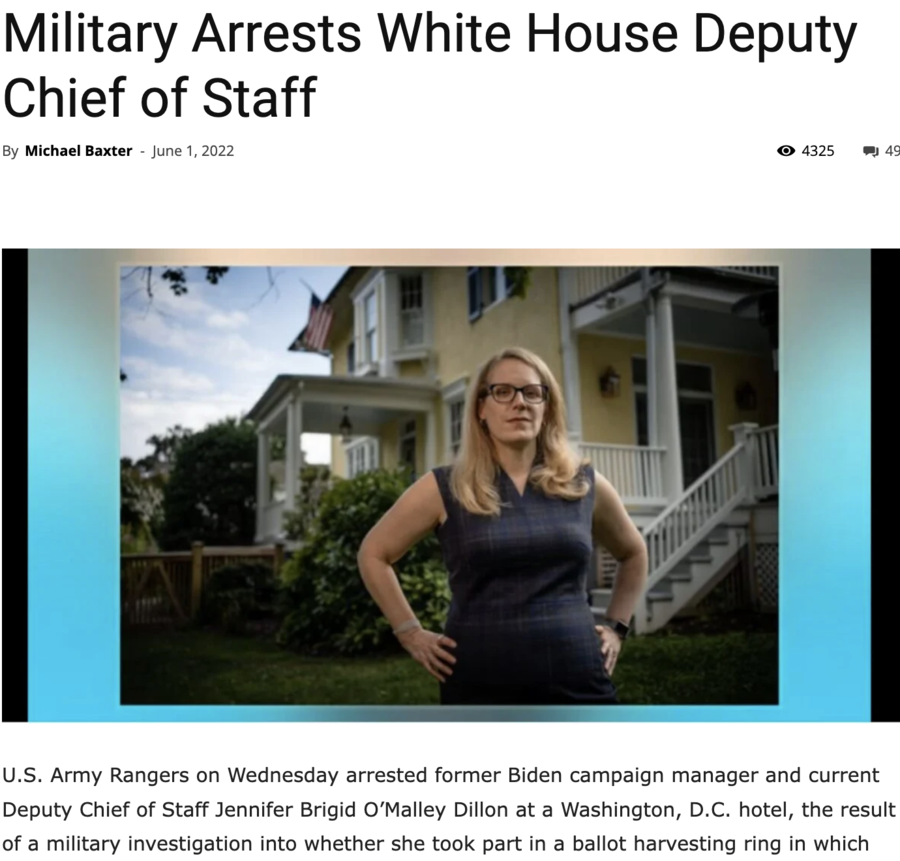 Lead Stories reached out to the Pentagon and received an email from a duty officer on June 2, 2022, that said this claim was false.

Lead Stories also sent an email to the White House. We will update this story with any relevant information if we receive a response.

The Real Raw News story on the purported arrest of O'Malley Dillon references the movie "2000 Mules," which promotes an unsubstantiated theory of voter fraud in the 2020 election. You can see other Lead Stories articles on "2000 Mules" here.