Did the Facebook page Tiny House give away a home to "everyone who shared and signed 'Done' before August 5rd [sic] at 6pm"? No, that's not true: The real owners of the home have told Lead Stories that the owners of this Facebook page do not own this house and it's not in their possession. A separate Facebook user wrote a post calling Tiny House a data mining page that does not give away the items they claim to have.

We have this Little House which cannot be sold as it has some minor dents and scratches. 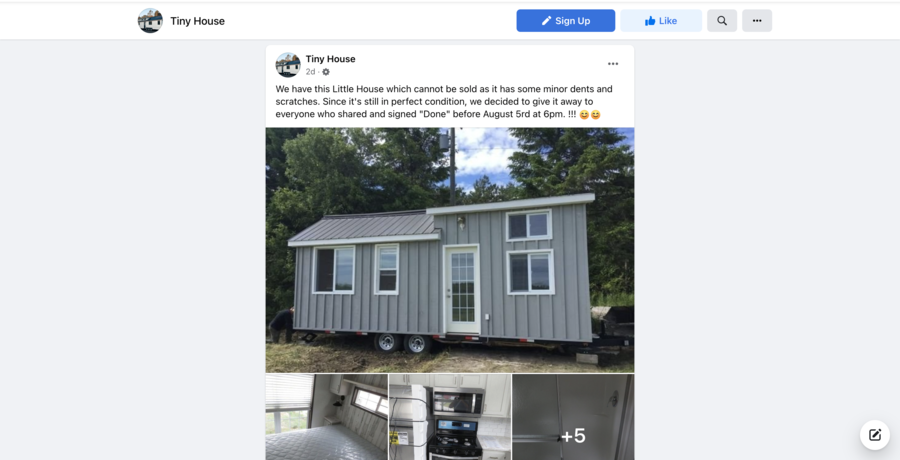 The post ends with, "Since it's still in perfect condition, we decided to give it away to everyone who shared and signed 'Done' before August 5rd [sic] at 6pm. !!! 😊😊"

The original owners of the house spoke to Lead Stories on August 3, 2022, by Facebook Messenger, saying, "Hi, I can only confirm the first photo of the exterior of the house is not theirs and is not in their possession."

Another Facebook user made a separate post commenting on the Tiny House Facebook page. They said, "The creator of the page is from Indonesia..and it's fairly new. They are used for data mining, and by exposing them to all those groups allows them access to that many more people." The user said Tiny House also advertises "RVs, fancy cars, all sorts of crap" giveaways that are never given to other people. The user has apparently been blocked from commenting on the Tiny House page.

The rest of that post can be read here: 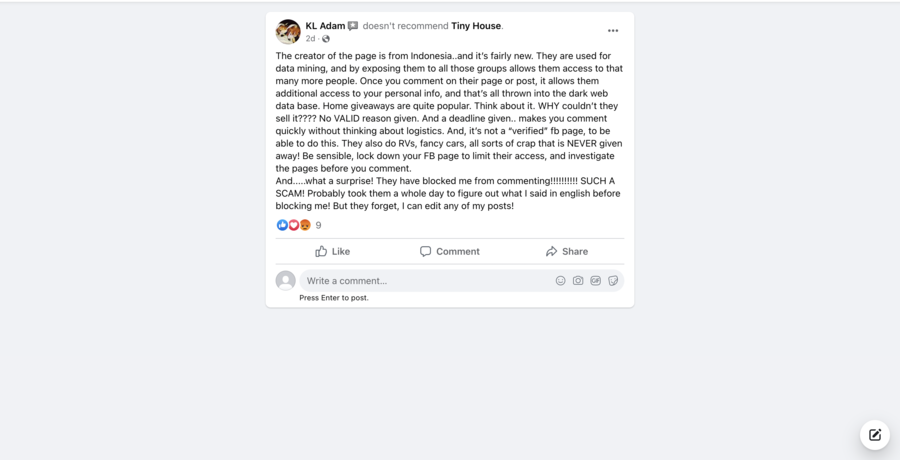 Other Lead Stories debunks of alleged giveaways are here, here, here and here.