Did the BBC change its home page color from red to black before the announcement of the death of Queen Elizabeth II? No, that's not true: Archived copies of the BBC.com banner show it was black before the Crown's September 8, 2022, announcement about the queen being under medical supervision and was still black when her death was announced hours later. BBC News' homepage banner color, red, did not change in the days leading up to her death, either.

The claim appeared in a September 8, 2022, tweet (archived here) on the @DrAhmedKalebi account. It said, "BBC has changed its website banner from red to black as the entire UK Royal Family goes to Queen Elizabeth's bedside." It continued: 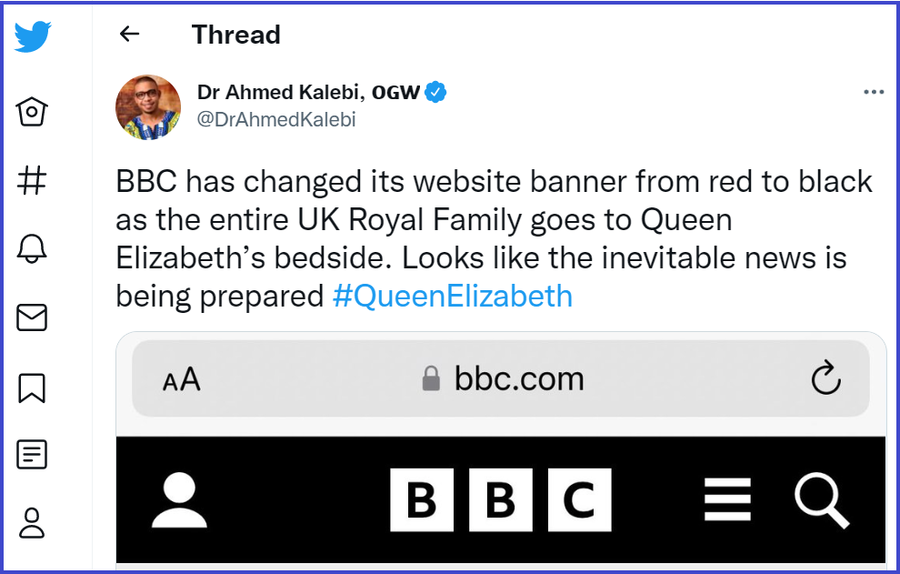 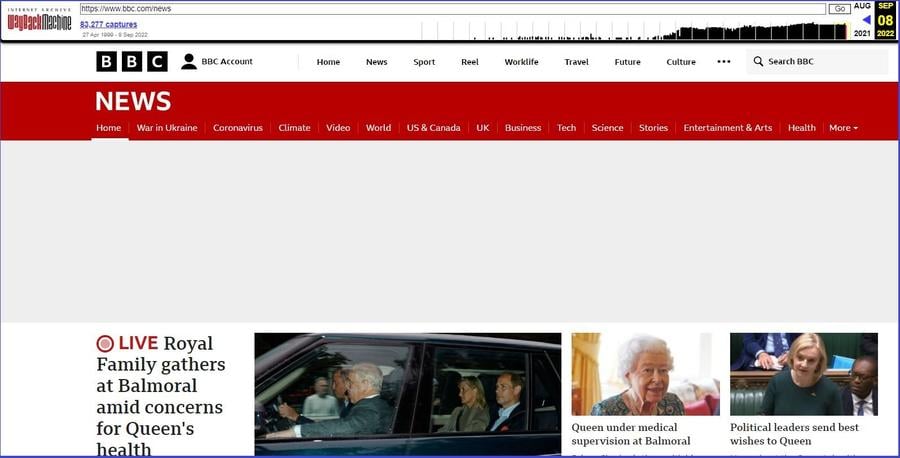