Does a 2022 ballot initiative in Connecticut "remove the requirement of a certified seal from certain ballots" and does it mean that "certain ballots don't have to have security seals to be processed" anymore? No, that's not true: Connecticut voters paying close attention to the full text of the initiative will see it does not mention anything about seals on ballots.

The initiative is about early voting and it would indeed amend some language related to seals in the Connecticut State Constitution. But the only such language that would be removed or changed is about sending certain election results (that have already been made public) to the Secretary of State "under seal." These changes would not impact or change anything about ballots or the way they are processed. 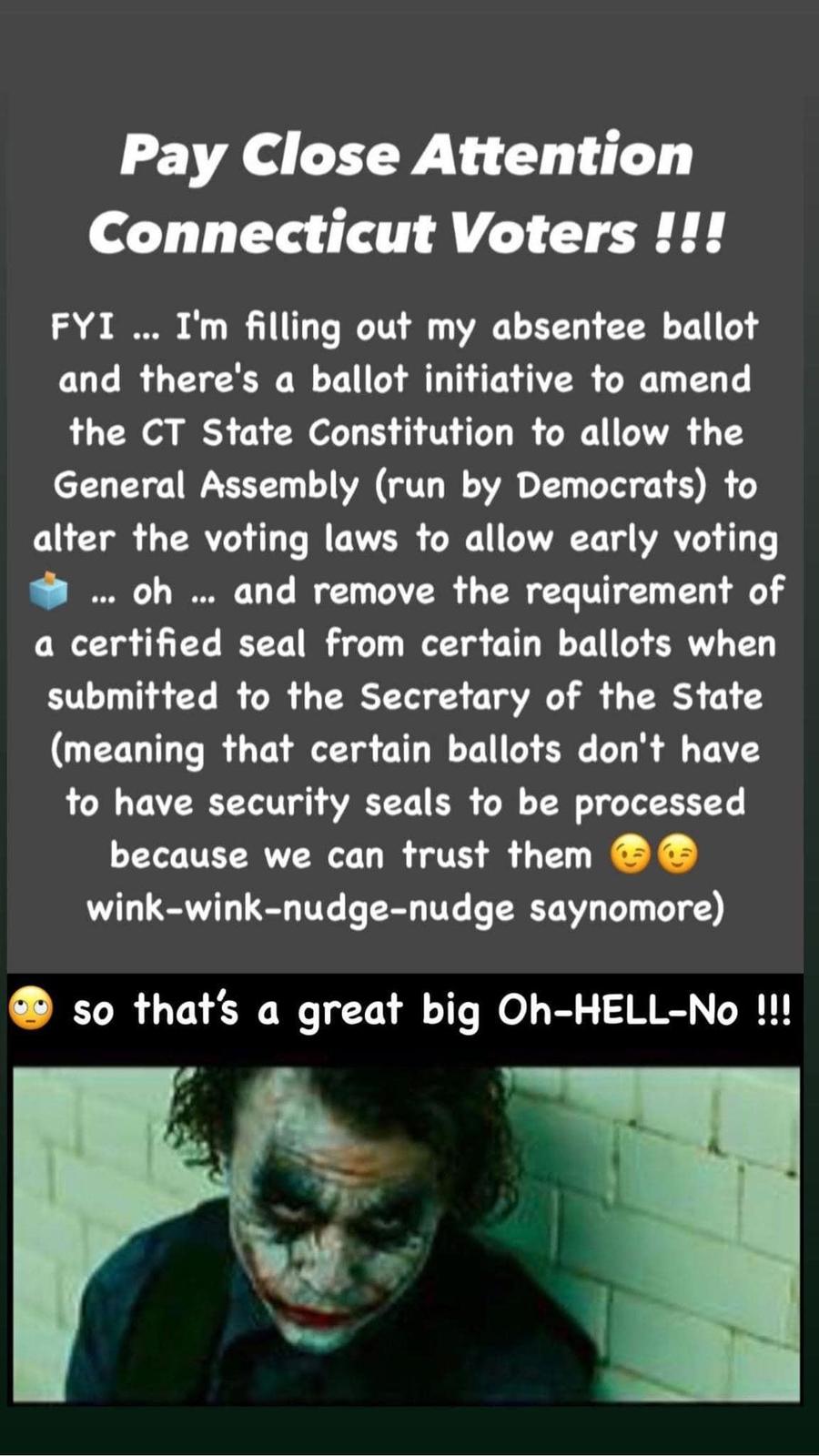 The text in the image read:

Pay Close Attention Connecticut Voters !!!
FYI ... I'm filling out my absentee ballot and there's a ballot initiative to amend the CT State Constitution to allow the General Assembly (run by Democrats) to alter the voting laws to allow early voting 🗳️ ... oh ... and remove the requirement of a certified seal from certain ballots when submitted to the Secretary of State (meaning that certain ballots don't have to have security seals to be processed because we can trust them 😉😉 wink-wink-nudge-nudge saynomore)
🙄 So that's a great big Oh-HELL-No !!!

The proposed amendment in question (archived here) deals with changing the Connecticut State Constitution so laws can be created to allow for early voting. As the Connecticut Office of Legislative Research explains in a document (archived here) titled "Ballot Question and Explanatory Text for 2022 Proposed Constitutional Amendment on Early Voting":

... approval of the amendment would eliminate the constitutional requirement that certain copies of election results, when sent to the Secretary of the State, be under seal. It would not change the statutory requirement that these copies be sent under seal

In other words, the Connecticut Constitution would no longer require these copies of election results to be sent "under seal" (even though other laws might still require it).

There are two places in the proposed amendment where the phrase "under seal" is removed, as you can see in the screenshots below. (Note: underlined language is being added, language between [ and ] is being removed.) 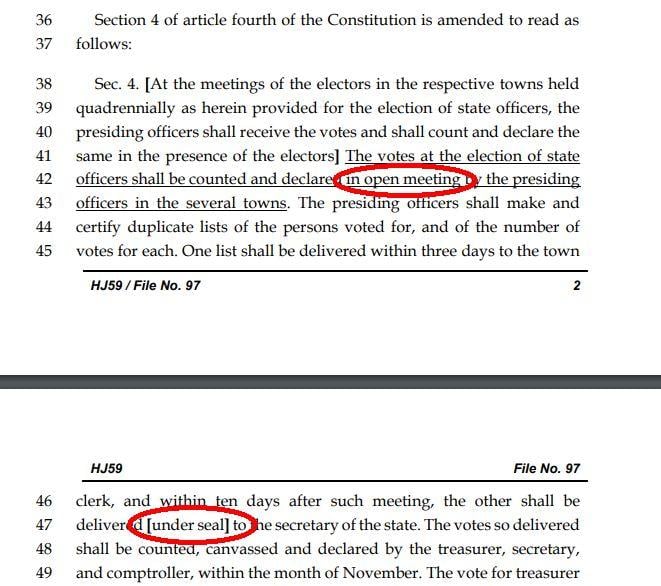 Both places deal with sending election results to the Secretary of State, and both places have language preceding it that says these results are to be counted and declared "in open meeting" first. There is no mention of sealed ballots or security seals related to the "under seal" language.