Did The Independent, an online British daily newspaper, publish an article by reporter Graeme Massie with the headline, "Elon Musk's father paid college $125,000 to ignore animal abuse claims"? No, that's not true: The Independent never published an article that said this. The screenshots posted on social media that make this claim are fabricated.

A tweet with two fake screenshots about Musk was published on Twitter (archived here) on November 7, 2022. It is captioned:

elon musk fucked a cat to death in college and got his daddy to cover it up using his emerald money.

This is how the tweet appeared at the time of this fact check's writing: 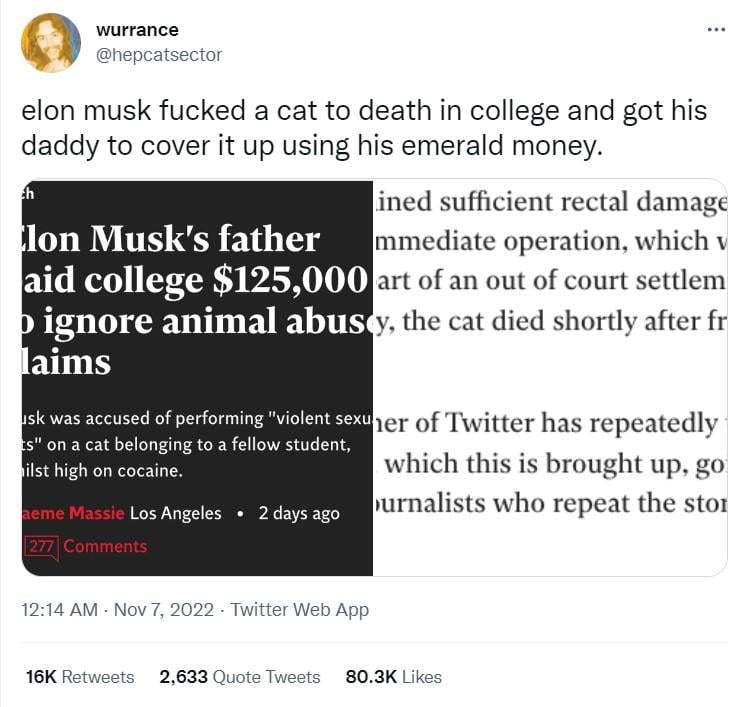 Lead Stories searched both the independent.co.uk website and Google (archived here) for the specific partial phrase in the headline "Elon Musk's father paid college $125,000." No search results were returned. 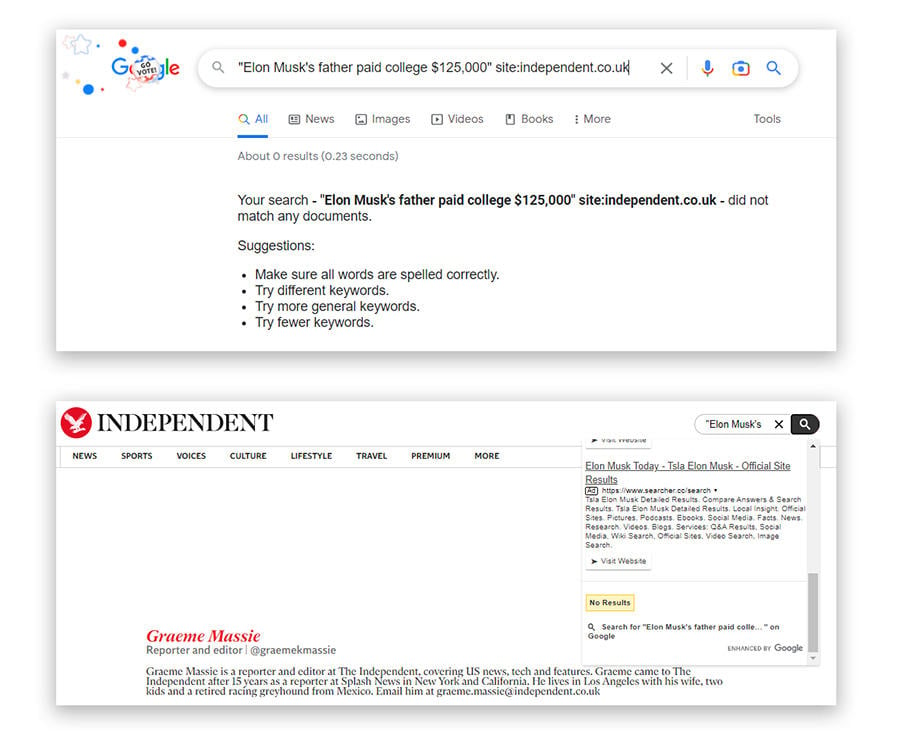 Lead Stories contacted for comment The Independent reporter, Graeme Massie, whose byline appears in the fabricated screenshot, and will update this fact check as necessary if a response is received.

Additional tweets posted on November 7, 2022, by the same account (archived here and here) feature other fabricated headlines about Elon Musk. Neither of these headlines has appeared in a real publication or produced results in focused searches. They are fabricated screenshots.

One such screenshot, purportedly from The Observer, another British newspaper, says:

Another, with "Elon Musk" placed in the same position as the title for The Observer in the first screenshot, features the byline Emma Raldmine (a twist on Emerald Mine). The byline and "Elon Musk" title can be seen only when the fabricated screenshot is viewed fullscreen.

Searches for these headlines on The Observer and Google resulted in no matches that validate the claims made on Twitter.