Did Maggie Hassan, a New Hampshire Democrat who ran for Senate in the 2022 midterms, win 1,100 votes from a town with only 700 people? No, that's not true: The New Hampshire Secretary of State told Lead Stories the inflated vote tally was the result of "human error" and had since been corrected. Election results for New Hampshire can be found here.

The claim appeared in a screenshot of a headline that was posted on Instagram on November 13, 2022. It opened:

Another Democrat Miracle! Maggie Hassan Wins 1,100 Votes from Town with Population Under 700 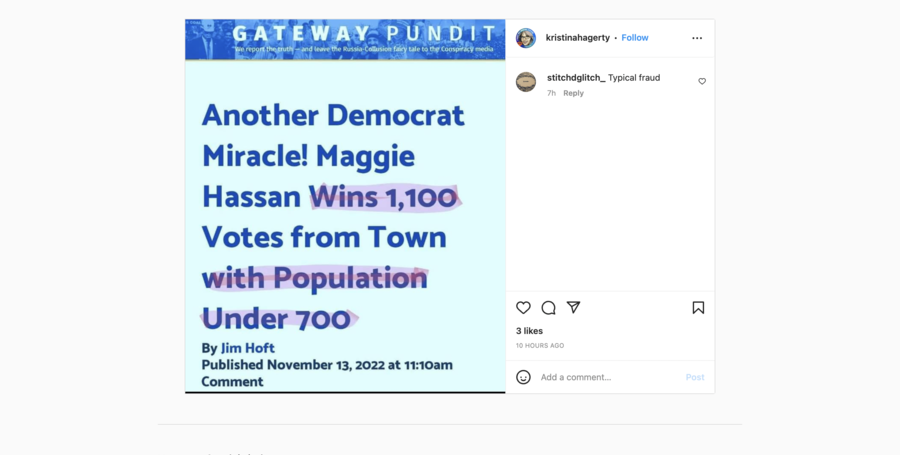 The Gateway Pundit wrote that Hassan, a Democrat running for the U.S. Senate, received 1,100 votes in Columbia, New Hampshire, despite the town having less than 700 citizens. According to Columbia's 2020 census (this link requires a download of a csv file), the town has a population of 659.

Jenny Taggert of the office of the New Hampshire Secretary of State told Lead Stories in a November 18, 2022, phone interview that while the incorrect numbers appeared temporarily, it was a result of a "human error" and it has since been corrected. County votes are publicly listed (excel file must be downloaded) on the New Hampshire Secretary of State website. Columbia is located in Coös County where Hassan received 6,059 votes. Clicking on the tab along the margin labeled "coos county" brings up its city votes. Hassan received 106 votes from Columbia.

A screenshot of the file is here: 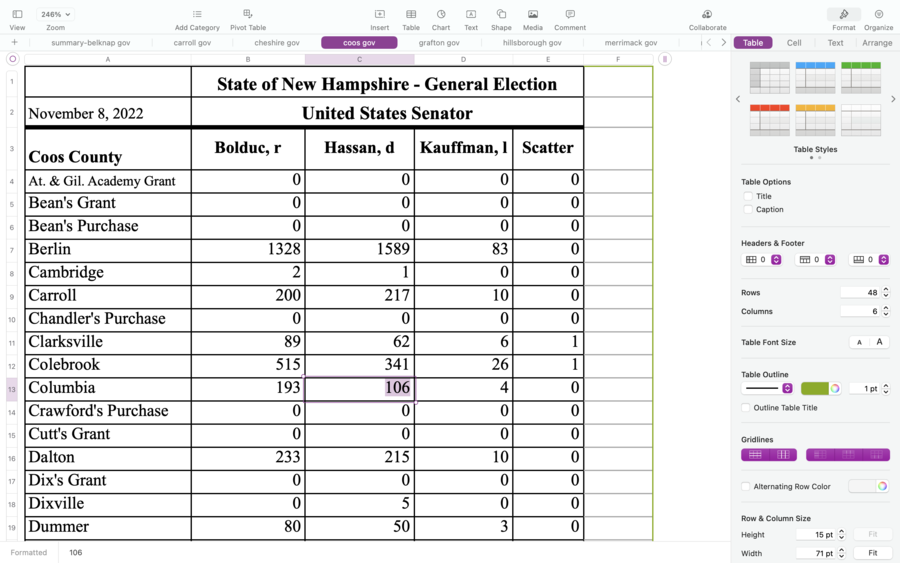