Did former President Donald Trump say in a post on Truth Social, his social media platform, that he will return to Twitter when Elon Musk, the social media platform's new owner and CEO, calls him "daddy"? No, that's not true: Trump has not posted about this on Truth Social since Musk reinstated his Twitter account on November 19, 2022. There are also no news reports citing Trump mentioning this alleged remark, which, given Trump's recent announcement of a repeat run for president, would have attracted widespread coverage.

Elon rolled out the red carpet and is begging me to return to the failing Twitter, but Truth is special!

Hey Elon, I'll come back when you call me daddy!! 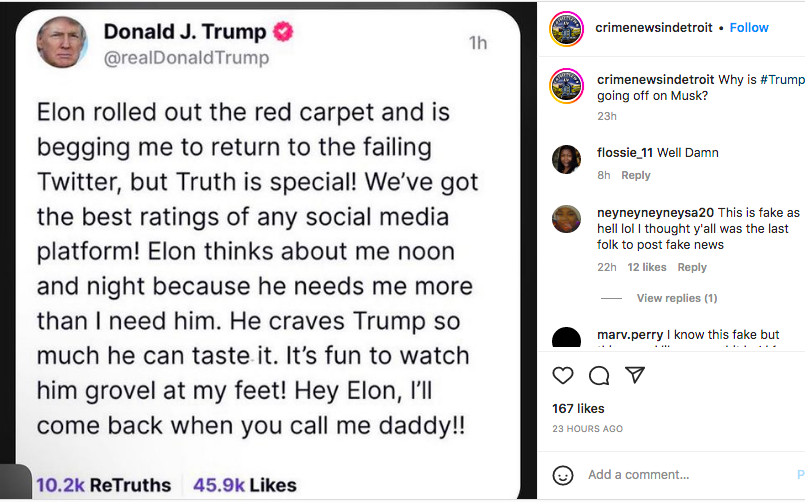 This appears to be an image of a fake Truth Social post that was reposted on Instagram.

Trump's account on Truth Social shows no post for the date Musk restored the ex-president's Twitter account. The screenshot below shows that Trump's most recent post after November, 19, 2022, was an apparent promotional video for his presidential re-election campaign. It was posted on November 22, 2022: 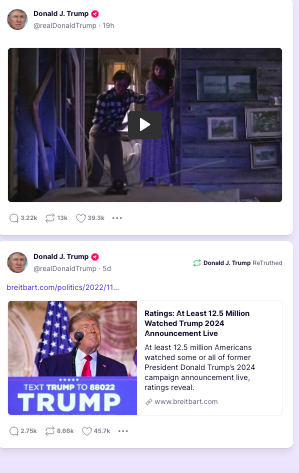 A Truth Social search on November 22, 2022, for the keywords in the claim produced no relevant results. The one account that repeated the claim is called Fuck_Donald_Trump. 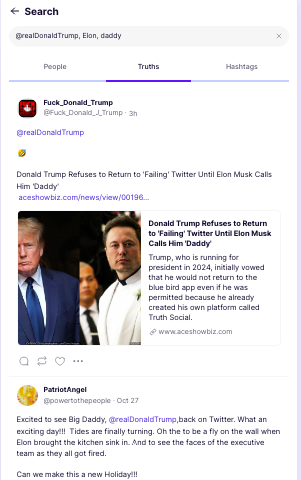 Lead Stories contacted Trump's spokesperson about the remarks attributed to him, and will update this fact check if a response is received.

Trump was permanently banned from Twitter, under previous ownership, as well as other social media sites after the deadly insurrection at the U.S. Capitol on January 6, 2021.

In remarks via video feed to the Republican Jewish Coalition Annual Leadership Meeting in Las Vegas on November 19, 2022, Trump said he prefers Truth Social to Twitter and does not "see any reason" to return to the social media platform.

As of this writing, he has not tweeted anything since January 8, 2021. 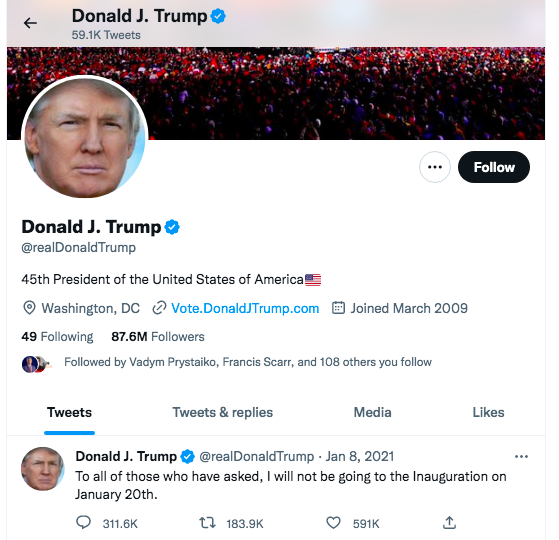