Does an image widely circulated on social media accurately depict an Anchorage Daily News article about a Virginia man who was arrested for having created "exact replicas of classified US military bases" in the Minecraft video game? No, that's not true: This is a digitally altered meme that was initially posted as a joke in an online social forum. The Anchorage Daily News journalist whose name appears in the image and the newspaper's editors have publicly debunked this post as false misinformation since October 2021.

Minecraft is a computer program and game that allows users to build models of imaginary worlds.

CIA on Minecraft who found him: 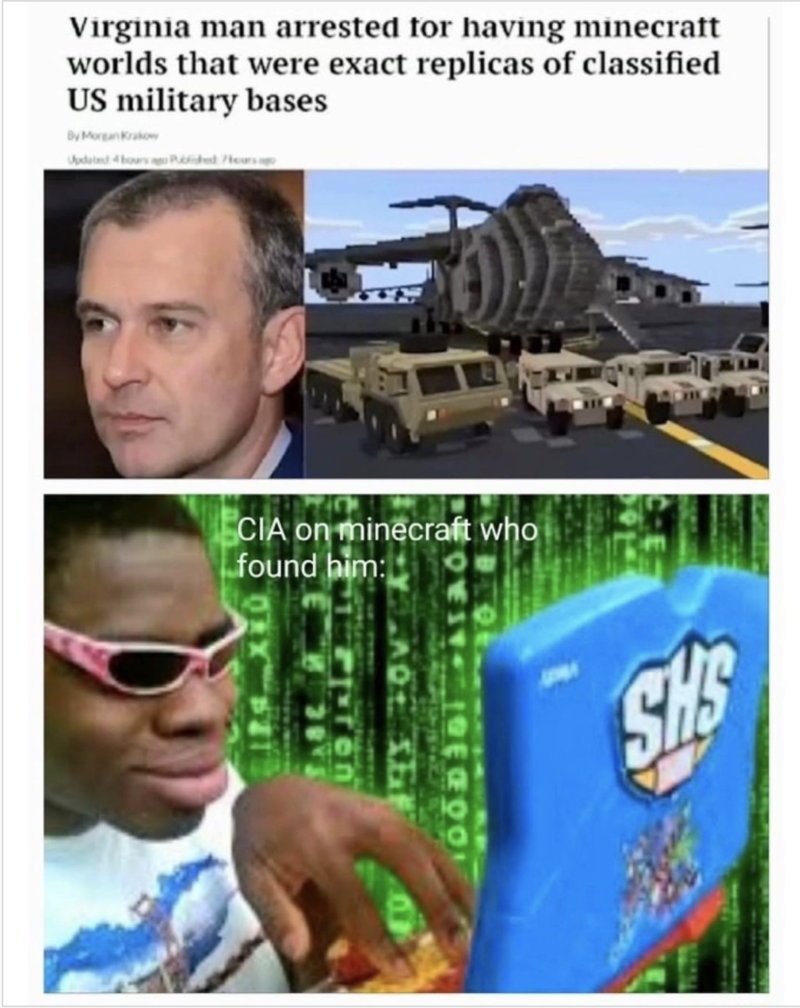 The image in this post lacks a top portion, seen in this October 28, 2021, Facebook post, that displays the Anchorage Daily News' website banner. A Google news search using the keywords "Virginia Man Arrested For Having Exact Replicas of Classified U.S. Military Bases in Minecraft" produced no results to substantiate this claim.

A TinEye reverse image search revealed that this meme has circulated since at least 2021, appearing primarily in social forums like Reddit, not on official news websites.

The top portion of the meme posted on Instagram appears to originate from an archived iFunny meme page from October 28, 2021. The bio of the meme poster, "dtomfedboi," stated that the account's published memes are "all jokes, not actually serious mr.fed or journalist."

Lead Stories contacted Anchorage Daily News for an updated statement regarding the image's claim, and will update this fact check if a response is received.