Have 80,000 Ukrainian troops totally blockaded Russian invasion forces fighting in Ukraine's semi-occupied eastern Donetsk region? No, that's not true: The post making the claim in its caption does not mention a blockade in an accompanying video. Ukrainian President Volodymyr Zelenskyy visited Donetsk on December 20, 2022, and did not say his forces had surrounded the Russian invaders. Keyword searches in Russian, Ukrainian and English turn up no evidence that Ukrainian soldiers have encircled Russian forces in the region, and online maps that track military movements show no such development, either.

The claim appeared in a video post on Facebook on December 18, 2022, under the title "Face to Face Battles Begin: 80,000-man Ukrainian Army Besieged Russian Troops in 'Donetsk'!" The video's caption image read: 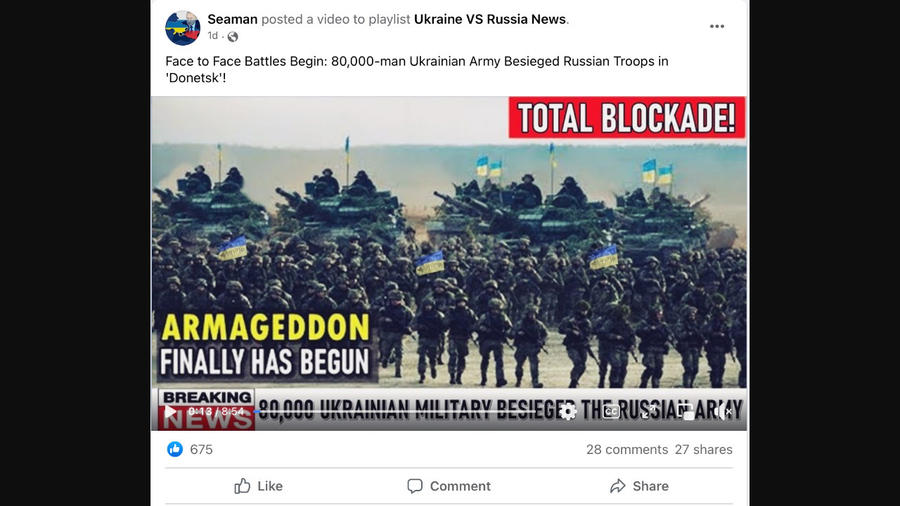 The video (archived here) originated on December 12, 2022, on a YouTube channel called US Eagle Claw, which regularly posts about the Russian-Ukrainian war. Despite the headline, the 8:54 clip never mentions a Ukrainian blockade of Donetsk, a region of eastern Ukraine that Russia claims to have annexed in October 2022.

At a time when Zelenskyy was meeting with U.S. leaders in Washington, D.C., a Ukrainian encirclement of Russian forces in Donetsk would make headlines worldwide. Zelenskyy met with U.S. President Joe Biden on December 21, 2022, but neither leader mentioned a Ukrainian blockade of the Donetsk region during their subsequent press-conference.

The Ukrainian president also did not address any such "blockade" his December 21, 2022, speech to a joint session of Congress.

Zelenskyy visited the Donetsk region the day before he traveled to Washington, D.C., but he did not state in a speech after his trip to the regional city of Bakhmut that Ukrainian troops had brought Russian forces in the region to a standstill.

On December 12, 2022, a senior U.S. military official held a background briefing on the war in Ukraine, but also did not say that Ukrainian troops had surrounded Russian forces in Donetsk. Indeed, the official noted that, as of the briefing's date, "the Russians have made some incremental gains in taking territory" around Bakhmut.

Keyword searches return no credible reports of a Ukrainian blockade of Russian troops in Donetsk. Lead Stories entered the Russian-language equivalent of "total blockade of Donetsk" into Russia's Yandex search portal and turned up no relevant results. A Google search for the same terms in Ukrainian came up empty, and an English-language query revealed that no credible news agencies are carrying such a story.

Moreover, online maps do not show evidence of a blockade in Donetsk. Live Universal Awareness Map, a U.S.-based website founded in 2014 to geographically track developments in Ukraine's conflict with Russia, shows intense fighting along Donetsk's western front, but does not indicate that the Ukrainians have brought Russian troops to a standstill as of December 20, 2022: 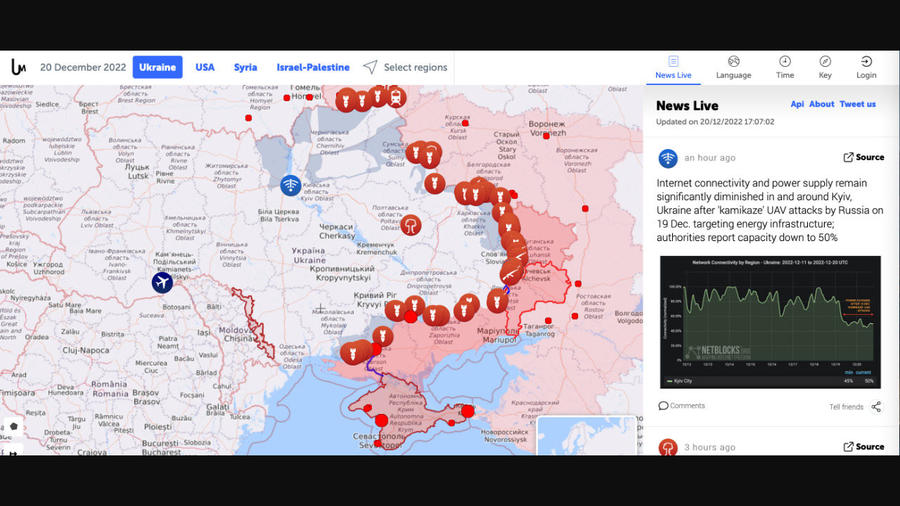 A Russian map of Ukraine's eastern front also showed no "total blockade" of their troops in Donetsk as of December 19, 2022: 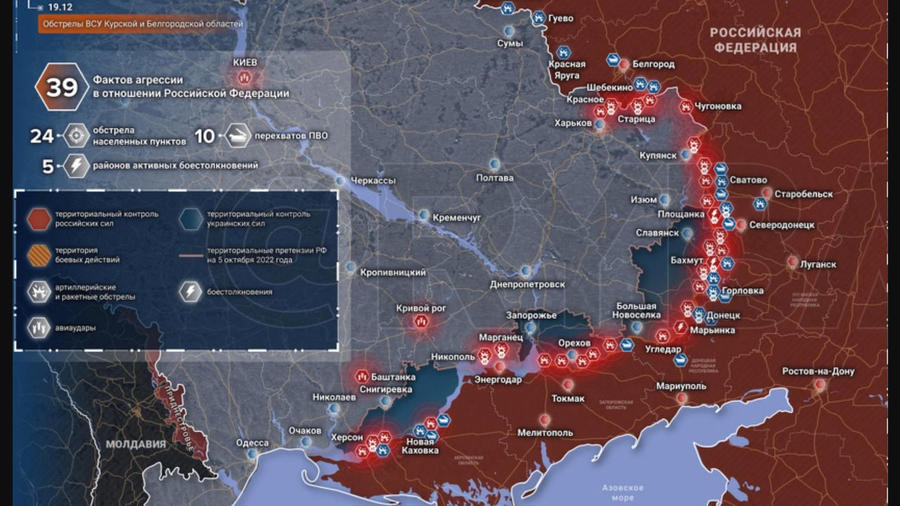 Lead Stories debunked another clickbait video by US Eagle Claw that claimed that 80,000 Polish troops had besieged the Russian enclave of Kaliningrad.

Lead Stories has fact-checked numerous false claims about the Ukrainian-Russian war; those articles can be found here.