Does a map showing "Terra-Infinita" show a real place composed of 178 worlds that exist beyond the domed territory of the "Known Lands" of Earth, ringed by a giant wall of ice and guarded by "custodians"? No, that's not true: This detailed map is an illustration from a science fiction series written and published by Claudio Nocelli, also known by his YouTube channel handle, Nos Confunden. The map is a central feature in a line of Nos Confunden Terra-Infinita merchandise, but it does not depict a real place.

The Terra-Infinita map appears as a background in a video on TikTok by @rabbithole_haze777, an account that does not appear to be affiliated with Nos Confunden. The TikTok video was reuploaded to Instagram on November 17, 2022, by @brandon.ra_atum. It was captioned:

brandon.ra_atum
The firmament, the ozone layer, the DOME. #fyp #foryou IF THERES A WILL THEIRS A WAY #classof2023 #newearth #5d 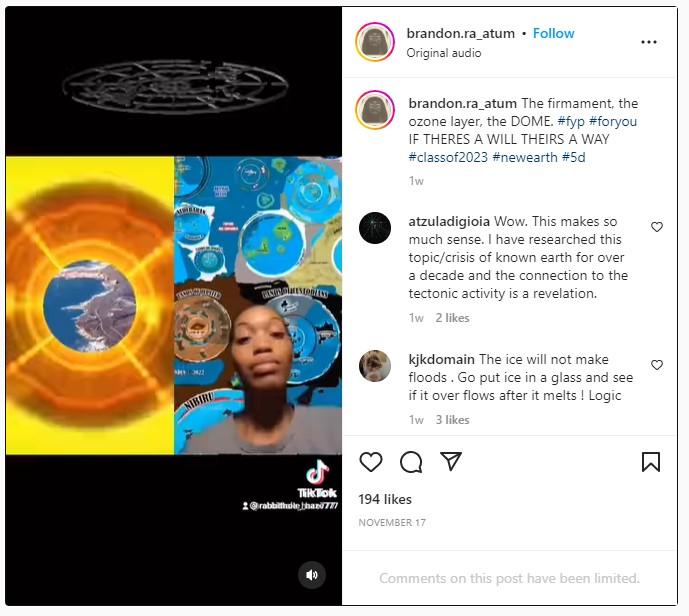 The narrator in the TikTok video describes a dire situation where the beings from the "Ancestral Republic" cannot leave the land inside the dome. The few existing portals through the ice wall are heavily guarded by "The Custodians and Anunnaki" and the Ancestral Republic beings "don't have the technology to penetrate the dome." The narrator presents this as factual information, not as merely a summary of a fictional story.

Some on social media seem convinced that the "Known Lands" ringed by the ice wall represent a flat Earth reality. But this map graphic is a work of fiction, as are the three books about Terra-Infinita, which are published in Spanish and English.

The Terra-Infinita map depiction of the world of the "Known Lands" features the continents at the center surrounded by an almost solid ring of ice wall, representing Antarctica as if it had been turned inside out -- the outer edges of the continent becoming the inner surface of a perimeter wall. This is fictional geography.

The Earth is not flat. It is an oblate spheroid in shape -- not a perfect sphere, but wider around the equator. More than 2,000 years ago Greek astronomers, philosophers and mathematicians understood the Earth to be spherical through observations of the stars and the shadow of the Earth on the moon during a lunar eclipse. In 240 B.C. Eratosthenes estimated the circumference of Earth based on calculations from shadows in Alexandria and Syene, Egypt, during the summer solstice.

In the centuries since, the evidence supporting those early theories and observations has only grown stronger. Below is a photo of Earth from space taken during the 1972 Apollo 17 mission that shows the coastline of Africa, the Arabian Peninsula and the South polar ice cap. 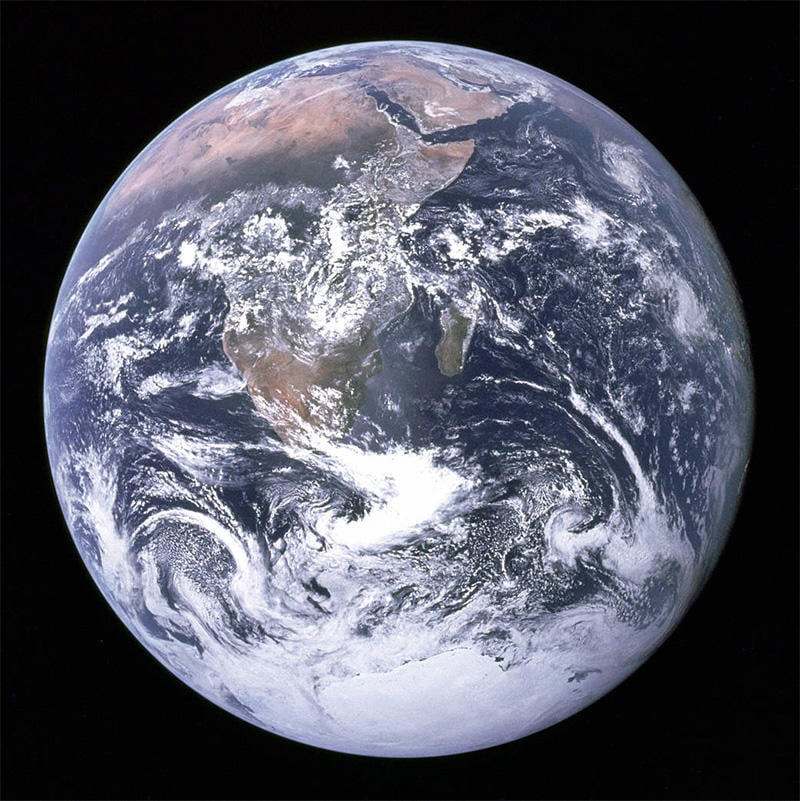 At the South Pole of planet Earth is Antarctica, the fifth-largest continent. NASA and the U.S. Geological Survey have stitched together thousands of satellite images to create the interactive Landsat Image Mosaic Of Antarctica (LIMA) that together provide a detailed clear view of the icy continent of Antarctica.

Lead Stories reached out to Claudio Nocelli of Nos Confunden and will update this article if appropriate.

Numerous flat Earth conspiracies have been debunked by Lead Stories in the past. These articles can be found here.