Did President Joe Biden blame Elton John for the U.S. spending taxpayer money to "fight AIDS"? No, that's not true: There is missing context to this video. A transcript of this event shows that Biden is praising John. Both the audience and John applaud Biden's sentiments.

The claim appeared on Instagram on January 1, 2023. The caption read:

Flashback to one of the most insulting moments of 2022.

The text, above and below a video displaying first lady Jill Biden, Sir Elton John and Biden, reads: 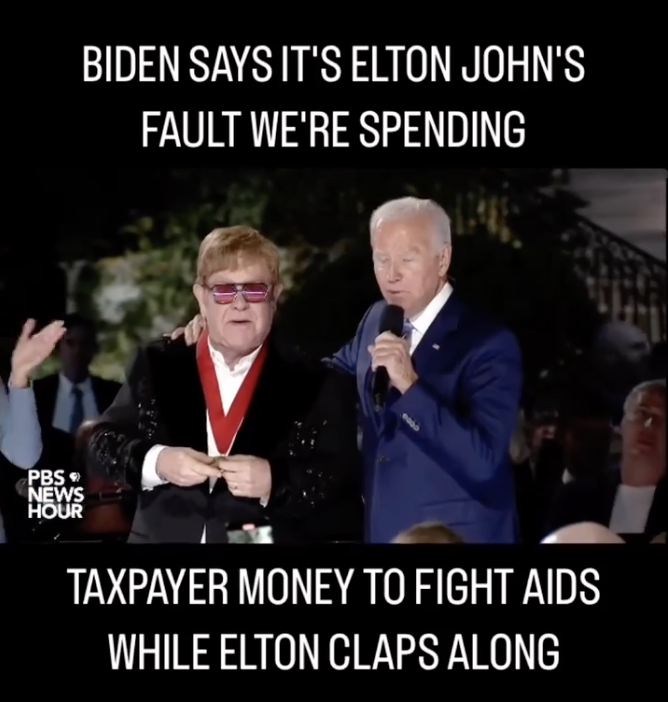 The claim implied that Biden was insulting John in stating it was John's fault that $6 billion of taxpayer money were being spent to fight AIDS. While the audio does match the text in the video, a longer version of this clip shows Biden was praising John.

Applause and praise are seen and heard in the September 24, 2022, YouTube video published by C-SPAN.

The Elton John AIDS Foundation also acknowledged the event as an honor in its September 26, 2022, press release.