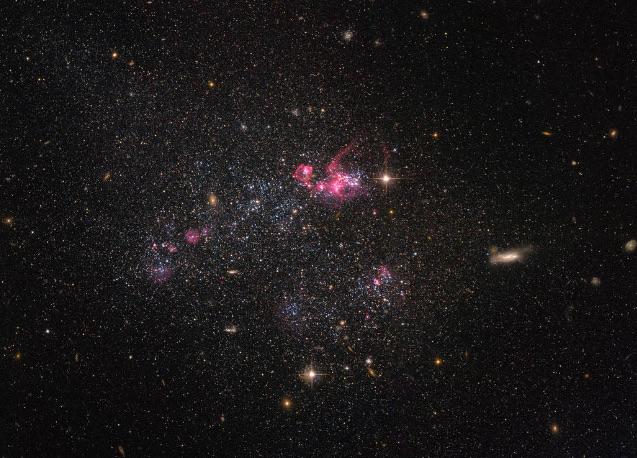 NASA has announced a major breakthrough in its efforts to find planets outside the Solar System, leading them to reveal 1,284 new planets discovered by its Kepler space telescope. Before this announcement, there were only 1,041.

"This announcement more than doubles the number of confirmed planets from Kepler," said Ellen Stofan, chief scientist at NASA Headquarters in Washington. "This gives us hope that somewhere out there, around a star much like ours, we can eventually discover another Earth." 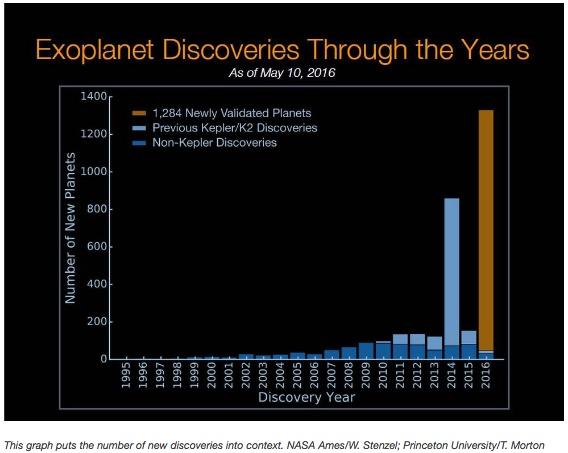 "Before the Kepler space telescope launched, we did not know whether exoplanets were rare or common in the galaxy. Thanks to Kepler and the research community, we now know there could be more planets than stars," said Paul Hertz, Astrophysics Division director at NASA Headquarters. "This knowledge informs the future missions that are needed to take us ever-closer to finding out whether we are alone in the universe."

NASA reports this latest announcement is based on a statistical analysis method that can be applied to many planet candidates simultaneously. Timothy Morton, associate research scholar at Princeton University in New Jersey and lead author of the scientific paper published in The Astrophysical Journal, employed a technique to assign each Kepler candidate a planet-hood probability percentage - the first such automated computation on this scale, as previous statistical techniques focused only on sub-groups within the greater list of planet candidates identified by Kepler.

"Planet candidates can be thought of like bread crumbs," said Morton. "If you drop a few large crumbs on the floor, you can pick them up one by one. But, if you spill a whole bag of tiny crumbs, you're going to need a broom. This statistical analysis is our broom."