Los Angeles investigators identified the shooter in Thursday's campus murder-suicide as Mainak Sarkar, a UCLA graduate who accused the engineering professor he killed of stealing "all my code" in a recent online blog post.

Los Angeles Police Chief Charlie Beck told KTLA-TV that investigators found a "kill list" with other names, including a Minnesota woman who has been found dead.

The Minneapolis Star Tribune is reporting that the dead woman is his ex-girlfriend, Ashley Hasti. She is pictured here with Sarkar in a photo posted on his Facebook page in 2008. 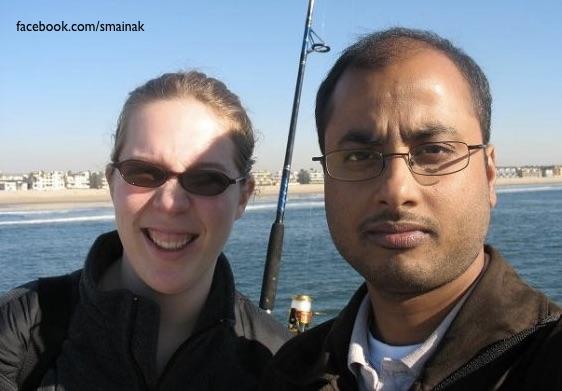 A female's name was also on the list, prompting investigators to go to her home in a nearby town in Minnesota. The unidentified victim was found deceased by gunshot wound at the residence, Beck said.

Sarkar drove from Minnesota to Los Angeles area with two handguns, multiple round of ammunition and several magazines in a backpack, according to the LAPD chief.

The Minneapolis Star Tribune reports the woman was found dead in her St. Paul, Minnesota home.

Police arrived at the home in the 2400 block of Pearson Parkway shortly after 12:30 a.m. Thursday at the request of Los Angeles police, said Brooklyn Park Police Deputy Chief Mark Bruley. A woman was found inside dead from a gunshot wound, Bruley said in a statement.

"Early indications are the shooting occurred prior to the UCLA event," Bruley continued.

The list also included the name of a second UCLA professor, who has not been harmed, according to Chief Beck.

Police are still searching for the car that Sarkar drove from Minnesota. The LAPD tweeted its description.

Police say Dr. William Klug, 39, was killed by a 9mm semi-automatic handgun, which was then used by Sarkar to kill himself inside Klug's office on the Los Angeles university's campus. 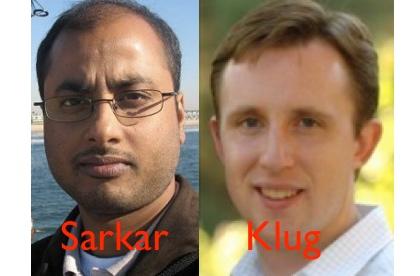 The March 2016 blog post titled "William Klug UCLA is a sick person" has been taken offline, but is archived at this link. Sarkar writes that Klug was his professor while he was working on his engineering doctorate at UCLA.

"William Klug, UCLA professor is not the kind of person when you think of a professor. He is a very sick person. I urge every new student coming to UCLA to stay away from this guy.

"We had personal differences. He cleverly stole all my code and gave it to another student. He made me really sick.

"Your enemy is your enemy But your friend can do a lot more harm. Be careful about whom you trust."

Sarkar is listed as a "current member" in Klug's research group, according to its website. It says he enrolled as a student UCLA in 2006.

Sarkar was born in India and was a member of the Bengali ethnic group, according to several sources, including his LinkedIn profile.

He left India after graduating with an engineering degree from Indian Institute of Technology in Kharagpur, India. Sardar attended California's Stanford University, where he earned a Master of Science, Aeronautics and Astronautics degree in 2005. He began his doctoral studies at UCLA in 2006.