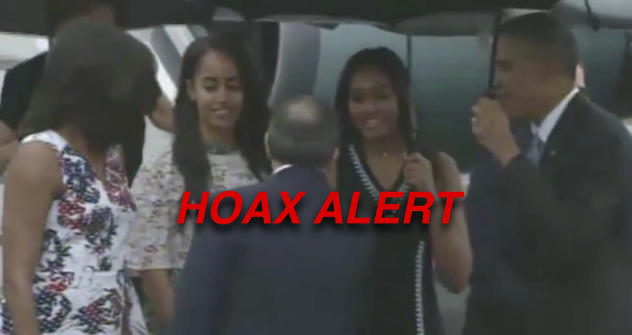 There is a satirical story making its rounds on the internet today which was published by Celebtricity - a known hoax/satire website - claiming the Obama family is planning on making a BET reality TV show following Barack's presidency. Although "The Obamas" sounds like an entertaining show, there WILL NOT be any such show.

Celebtricity's website's disclaimer tells us, "Celebtricity.com is the most notorious entertainment website in the world with the most shocking Satire News to keep its visitors in a state of disbelief." So, before you get all excited about seeing some "Real World - White House", remember that the internet is full of trolls.

The UNTRUE and semi-racist story lists off a few of the show expectations:

What some of you may not know is that Obama DID recently appear on a reality telivision show with Bear Grylls, an outdoorsman who tries to survive in hostile places around the world. Obama appeared on his show in December to highlight the real and imminent dangers of global warming. Fortunately, this is the only appearance he has made on a reality TV show.

See below for the full episode: