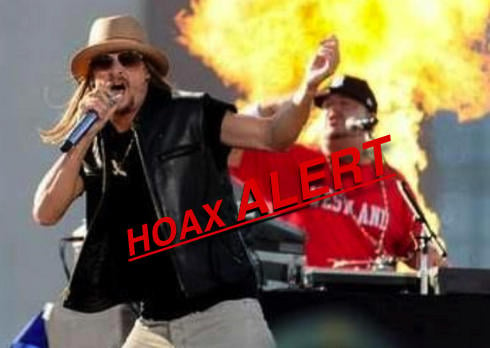 For those of us who grew up listening to Kid Rock, there must be at least once that we thought, "Kid Rock isn't a kid, or a rock!" While it is true that he is neither of those things, Newsthump.com wrote a rather humorous and clearly satirical article claiming that Robert Richie of Kid Rock is set to finally change his name...

Kid Rock is changing his name to reflect his current direction as an artist," said music industry spokesman Simon Will.I.Ams.

"He considered a rebrand to call himself 'Bloke AOR' or possibly 'Dad Music', but ultimately decided to go the direction Prince did in the 1990s and just use a symbol to represent his interests.

Clearly, the story is making a jab at the rock icon and the music industry as a whole; but just in case anyone thought this was true, it most certainly is not.