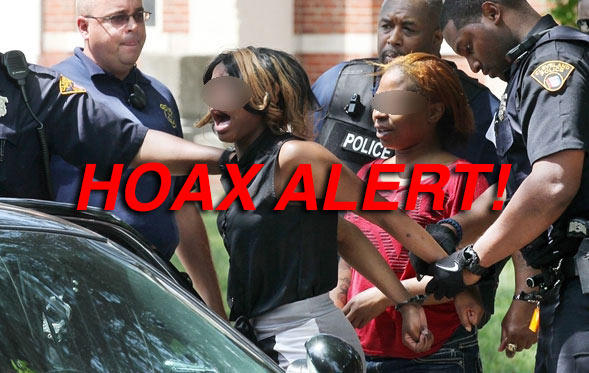 There is a trending racist HOAX story making the rounds on the internet stating "Mom Puts Baby In The Oven Because He Was "Too Light Skinneded." Lead Stories had really hoped that this NOT TRUE story would just go away but that's not the case; it continues being shared so it's time to debunk the obvious. Although the NOT TRUE story comes from a very well known hoax site, Now8News, some people only read the title and continue to share the racist rhetoric.

A little bit of the NOT TRUE racist slop:

Police in Los Angeles, California were called to the home of 33-year-old Annette Willis after her 12-year-old daughter called police stating that her mom had "put her little baby brother in the oven." Police arrived on scene to a barricaded door and had to enter the premises through an open window. Upon entering the home, they found the two week old baby in the oven with third-degree burns.

The NOT TRUE story continues to spew racism throughout the rest of the the article. The picture used in the HOAX story actually comes from a 2013 article titled "Brawl breaks out at Ohio kindergarten graduation." Tough crowd.