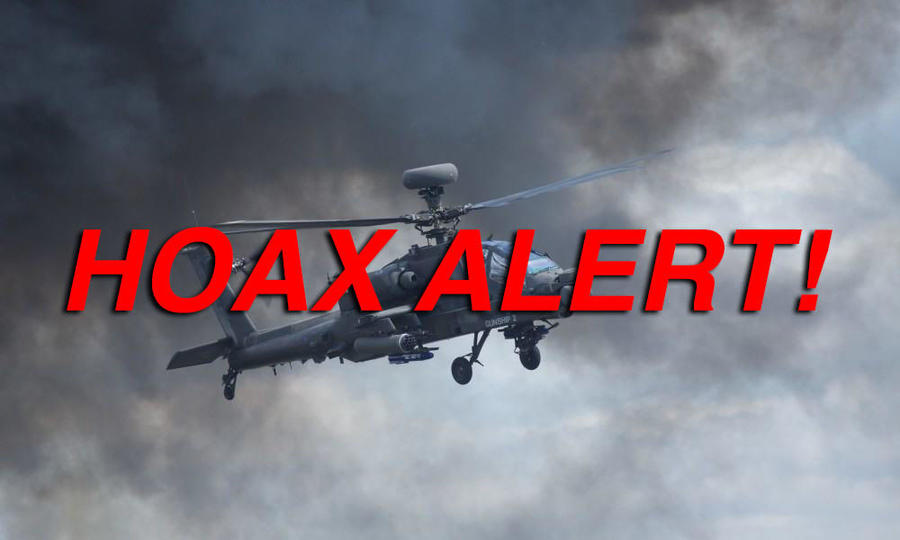 There is a trending NOT TRUE story on the internet stating "After pressure from Native American groups, Apache helicopters renamed 'Haji Killers'." The story comes from a very well known satire site and, for the most part, the readers are aware of that and share the HOAX for fun. There are still some people that actually believe the nonsense and continue to share their opinion as to why this is a good/bad idea.

A little bit of the satire/hoax story:

The Pentagon announced today a plan to rename the AH-64 Apache attack helicopter the AH-64 "Haji Killer." The move comes amid pressure from Native American advocacy groups to remove what are seen as racist or degrading references to Native Americans from the Pentagon's naming conventions.

It is true that sporting teams have been persuaded to change their names as to not offend Native Americans, but this instance is NOT TRUE. Below is a TRUE explanation of the naming of Army helicopters:

In accordance with Department of the Army Pamphlet (DA Pam) 70-3, Army Regulation (AR) 70-50, and Department of Defense Directive (DODD) 4210.15, Army helicopters are named for Native American tribes and chiefs whose reputation and image add to the military bearing of the aircraft. The regulation also requires contacting the tribe in question to ensure that they support using the name. Some Army units also request that local tribes bless their helicopters with ceremonies.

As for the "Haji Killers" moniker, there's no explanation for that hate other than to offer a substitute to the Native American names. It is true that some people find the naming of the Army helicopters racist but these people are not the majority and are few in numbers. Native American's, on the other hand, seem to take pride in the naming.