There's a trending HOAX story involving Target retail company stating "Target to Discontinue Sales of the American Flag." The NOT TRUE story steps up the game by inserting a fake "leaked document" to look more legit. Although the story comes from a HOAX website, some people are unaware of that and continue to share the lies.

A little bit from the NOT TRUE story: 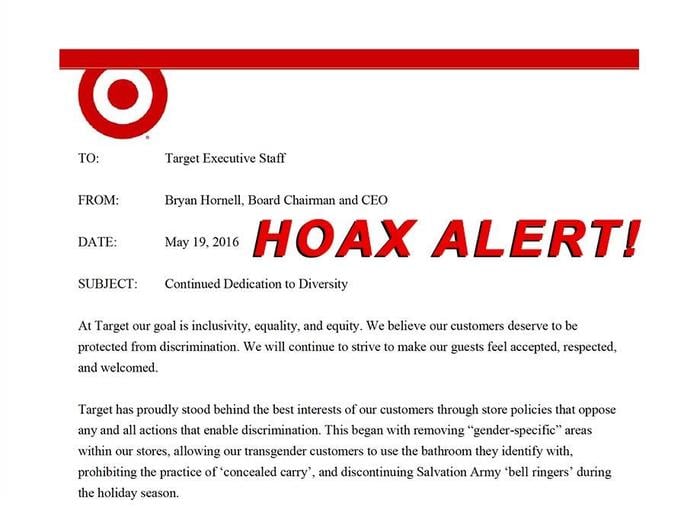 The FAKE document was created at 10:12 AM this morning which makes it hard to believe this statement from the NOT TRUE story:

As of press time, over ONE MILLION people have promised to #BoycottTarget, resulting in Target stock plummeting to levels not seen since the Bush Administration.

Target is selling all sorts of American Flag variations in their stores and online and sales will surely rise the closer we get to July 4th.