CEBU, Philippines - A Cebu-based parish Priest was arrested for raping and impregnating two daughters of his associate pastor in Barangay Palanas, Alcantara town.

Police say the name of the priest has been withheld to protect the identity of the 14 and 16-year-old children.

The victims mother learned of the incident after she confirmed that her daughters, are already three and five months pregnant.

Police said that at around 3 p.m. on Thursday, the girls and their mother went to the police station to report the alleged rape perpetrated by the priest as the church failed to penalise the parish priest.

First clue the story is fake: the image used to illustrate the article is actually of a police officer named Ronald Sacan being arrested in 2015 during a raid on a drug den in Cebu City. 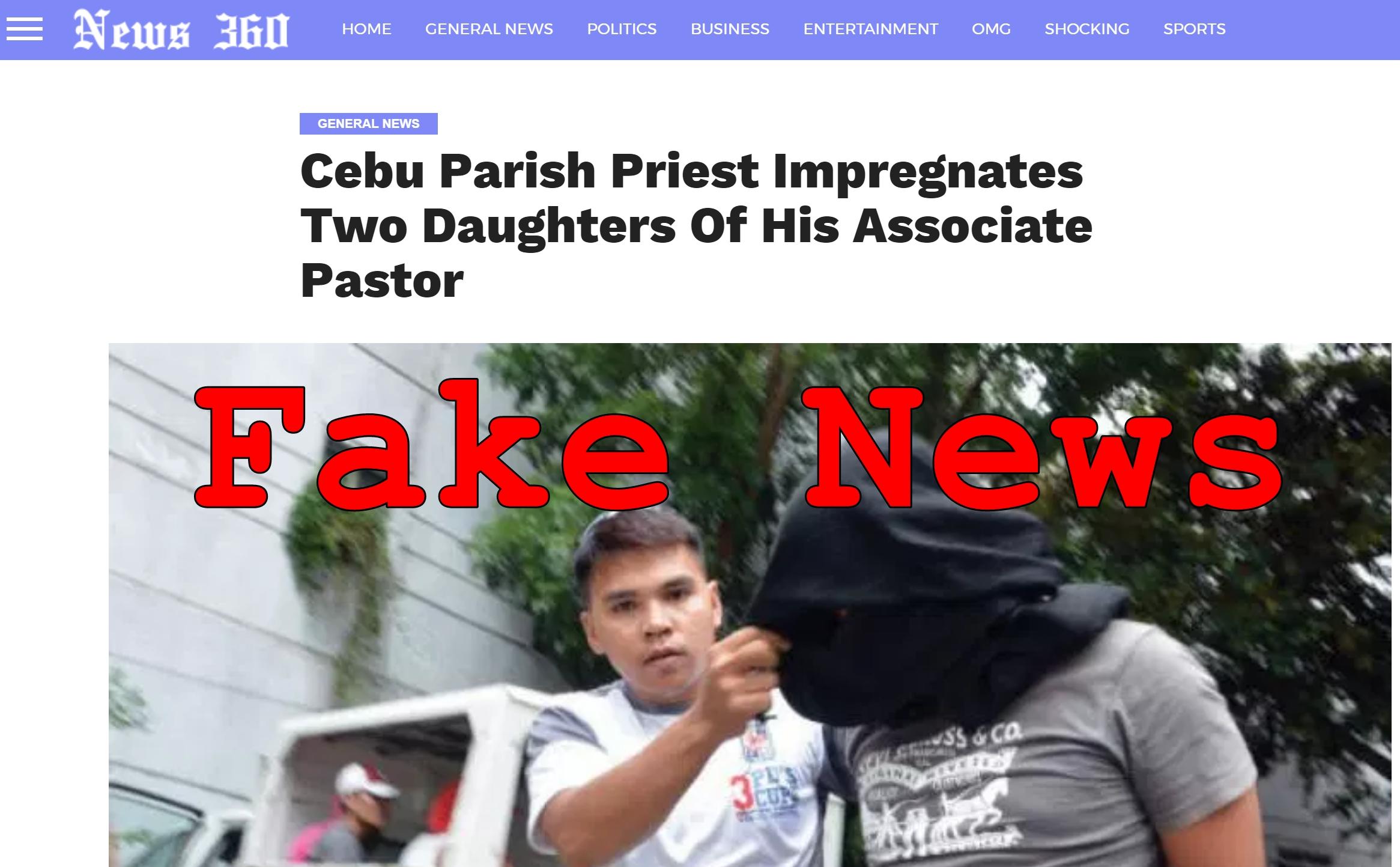 Second clue: the names in the story don't check out and neither is there an exact date or place.

Last and final clue: local sources have already contradicted the story and no mainstream media sources have reported on the events.